Film Release 2 DAYS AND ONE NIGHT 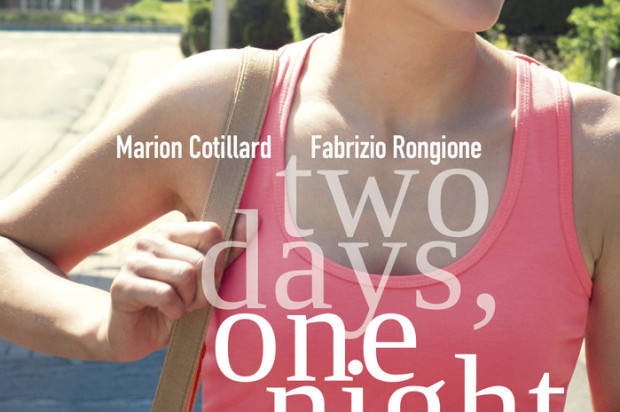 2 DAYS AND ONE NIGHT.

Marion Cotillard is Sandra, in 2 Days and One Night by The Dardenne Brothers that looks at a depressed mother who faces loosing her job at a solar plant, and has only one weekend to visit her colleagues and – with the help of her husband – convince them to sacrifice their bonuses so she can keep job.

Marion give a really outstanding performance here as it does hit the mark on being real to the story telling of how she copes in a time where she has to try and save herself more so after the fact that has not performed at her work due to her illness. Her husband edges her out to fight and to deal with talking to her colleagues where they may need to give up there 1000 eruo bonus in order to vote her in for her to remain.
We get to look at the different characters that work with Sandra and the human aspect of how one will support one another in times that are depended on others and this brings a great insight to where she grows with in her character and finds out some real truths of her collogues at work.

On accepting this role Marion was quiet excited to play this part as she saw the fact of what she need to draw on in a topic that carries on her fight while she is challenged with relaying on pills to keep her together.
It bring together a well directed piece and that has been written by Jean-Pierre and Luc Dardenne. Fabrizio Rongione who plays the husband are well matched.
This is well worth a look at appreciating the fact that it does give a clear message at the end of the film at a roar subject that is has emotion at heart.
In cinemas November 6