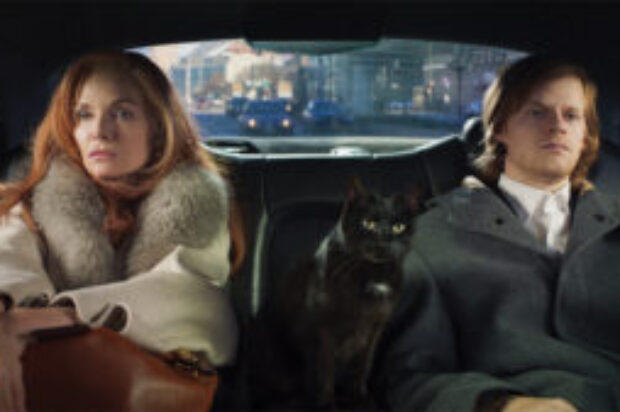 Pfeiffer is Divine in this role and the Cat.

“My plan was to die before the money ran out,” says 60-year-old penniless Manhattan socialite Frances Price (Michelle Pfeiffer), but things didn’t go as planned. Her husband Franklin has been dead for 12 years and with his vast inheritance gone, she cashes in the last of her possessions and resolves to live out her twilight days anonymously in a borrowed apartment in Paris, accompanied by her directionless son Malcolm (Lucas Hedges) and a cat named Small Frank—who may or may not embody the spirit of Frances’s dead husband.
This is one part that I am sure Michelle Pheiffer battered her eyes at as the role is delicious on all accounts’ and is played out brilliantly to true expression by Pheiffer! When she read it and accepted the role it was said by her;

The writer Patrick Dwitt, and director Azazel Jacobs, shared a friendship that’s closer than most professional collaborations. They met as young, hungry artists in Los Angeles almost 20 years ago, a meet-cute that could give hope to even the most jaded cynic.

“I was washing dishes in a bar in Hollywood,” deWitt recalls, “and our girlfriends were friends. So he would come by the bar where I worked from time to time just to say hello. On slow nights, he and I would sit and drink together and tell stories. Just get to know each other.”
“I wound up going quite a bit,” adds Jacobs, “not because I was such a big drinker but because I really enjoyed talking to Dwett. He told me he was a writer. I think everybody in Los Angeles, especially back then, was writing some kind of screenplay or something.”
But we engaged on this project, and looked at the manuscript and guided on the writing and the outcome of FRENCH EXIT, was “really something very different,” 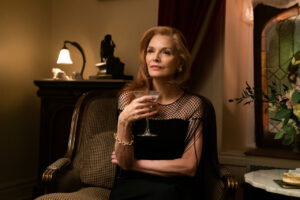 Shot over a tight 28-day schedule, FRENCH EXIT became a reality on sets constructed mainly in Montreal, Canada, which stood in for apartments and restaurants in New York, while the exteriors in Paris were saved for the final week of shooting.

“There’s just a deep culture of filmmaking in Montreal” says producer Dolman, who went to film school there and knows the talent that comes from the region, including such directors as Jean-Marc Vallée (Dallas Buyers Club, Big Little Lies), Xavier Dolan (I Killed My Mother) and Denis Villeneuve (Arrival, Sicario, the forthcoming Dune). “Our Quebec line producer, Olivier Glaas, assembled a wonderful group of people who had a profound respect for the process and were very talented.”

“The story is about Frances and Malcolm becoming human and opening themselves up to other people,” Datum offers. “And in that wider aspect ratio, there’s almost no way you can film a person without including background, context. Even if you fill the frame with a person’s face, you still get a sense of what’s going on around that face, which I think works really nicely at the very end of the movie.”

Arriving at that ending meant warming up to an onscreen community, one that seems to coalesce out of nowhere in the Prices’ Paris apartment. It’s an aspect of the narrative that Pfeiffer appreciated. She hesitates at calling these newfound friends “outcasts,” correcting herself with a better word.
“Frances finds intimacy with this tribe she’s established in Paris, of complete strangers,” says the actor. “It’s probably something she’s never had with her social circle in New York.”
At the same time, cinematographer Datum notes, the anamorphic lens imparts a certain softness, a shallowness of field that swaddles the subjects in pools of their own thoughts.
“It adds a little bit of…‘fairytale’ may be too strong a word for it, but it fits,” says Datum. “These stories that Aza likes to tell, in almost all his movies, there aren’t
any cell phones, there aren’t any references to computers or what year it is. When is this? Is this the real world? Nobody texts.”

This is full of essence and an enjoyable story that grips you with all the eccentric characters that left me to ponder and reflect with a good appreciation of the film being well made and written and goofy. My type of film.