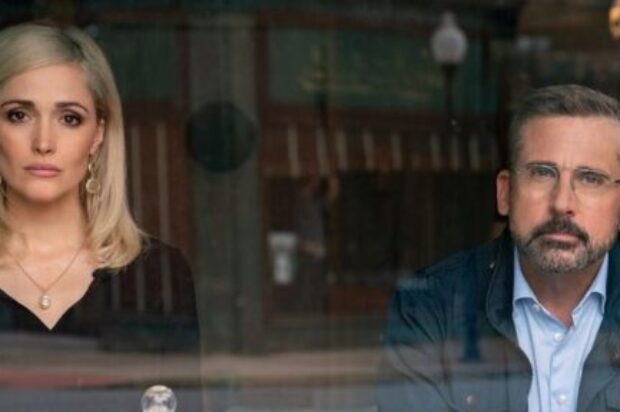 The new film release “Irresistible,” does bring in some amazing talent one being Jon Stewart, formerly the host of “The Daily Show,” who has Produced and directed and penned this screen-film as his first directorial effort that is aimed at a political campaign manager. Heading the casting of this is Steve Carell as a democrat Gary Zimmer and Australian actress Rose Byrne as Republican Faith Brewster. Gary Zimmer is known as the gun but is in despair due to the results of the 2016 presidential election. Gary is shown a viral video of Marine Colonel Jack Hastings (Chris Copper) giving a speech standing up for the undocumented immigrant population living in his hometown of Deerlaken, Wisconsin. Deciding that if he can run Hastings as the Democratic mayoral candidate in the next election, he can convince the American people in the heartland to vote Democrat in the next presidential election, Zimmer travels to Deerlaken to persuade Hastings to run against his town’s incumbent mayor. Arriving in Deerlaken, Gary experiences the vast cultural divide between his home of Washington, D.C. and the townspeople’s more rural mannerisms.

Gary soon meets Hastings and his daughter Diana (Mackenzie Davis) and pitches his idea. Hastings initially declines, considering himself more of a conservative and having no real interest in politics, but later relents and agrees to run under the condition that Gary runs his campaign. Hastings recruits his friends and neighbours as volunteers for the campaign.

There are many other aspects to how this gets played out and some twists and to the dirty components plus to the town people who do make this film worth seeing and to hearing Glenn Campbell song Like A Rhinestone Cowboy.

It is clever writing that Stewart has come into and does give you some good belly laughs through the film.

In a time when we have in our face all the American Elections, this gives you light relief and what can I say is that I DO ENDORSE THIS FILM. Check it out!