dreams french films in house perfumer perfume by Caroline Russo | on June 22, 2021 | 0 comments | in Film Release & Reviews | Like it 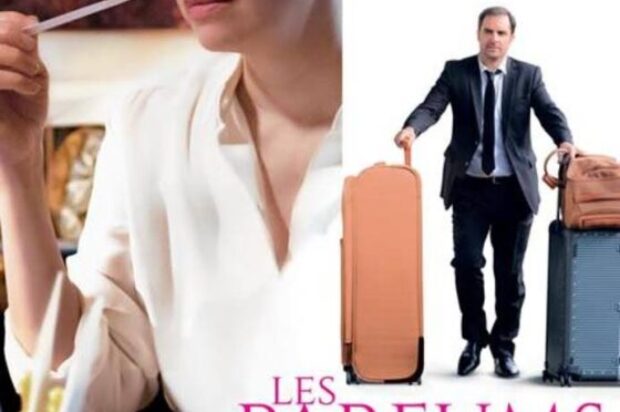 Anne Walberg was once the star of her industry – a perfumer whose ability to produce enticing new fragrances was second to none and which saw her rise through a competitive landscape. She remains in demand, but her intemperate behaviour has made her difficult. However, striking up an unlikely friendship with her equally troubled new driver, Anne sees a way to return to the top, which might offer a solution to both their problems. Grégory Magne’s intelligent drama is a visual and sophisticated treat.

How did this film come about?
I was inspired by a situation that we have all experienced. I was in a crowd, and a familiar perfume held my attention. My reflex was to search for the person who was wearing it. So I stood there for a while, watching people around me through that particular prism. Then I began to wonder how the daily life of a person with a keener sense of smell than average could be like. How this ability could change this person’s relations with others. And maybe affect his or her social life, emotions or character. It all called for the creation of a singular character, that would be challenging to write and direct: how can one capture smells on screen? This is how Anne Walberg was born.

LES PARFUMS IS ABOUT TWO LONELY PEOPLE MEETING: A PERFUMER OR “A NOSE”, ANNE WALBERG, AND HER CHAUFFEUR, GUILLAUME…

Anne Walberg is a fallen diva. She seems quite curt and aloof at first. With her bourgeois streak, one might find her haughty. But it is something else entirely. A kind of withdrawnness, a difficulty to communicate. Guillaume is going through a rough patch in his personal life, he is breaking up with his wife and must sort out the issue of his daughter’s custody… But socially, it is quite the opposite. He feels comfortable in any kind of situation, no matter who he is talking to. Even a little too comfortable. Which is bound to arouse his client’s curiosity.

SO MUCH SO THAT SHE USES HIM FOR IT AT FIRST, AS IF HE WAS BECOMING… HIS TRANSLATOR.
Exactly. From Anne Walberg’s perspective, it almost makes Guillaume her bodyguard. She has a good nose but he has flair. She gets to use it, and sometimes to hide behind it. Guillaume lacks all the qualities required to be a professional chauffeur, but he is good at reading people. He lacks patience, deference. He seems awkward, out of place, which is a goldmine for comedy.

HOW DID YOU PREPARE FOR THE FILM? DID YOU RESEARCH BY MEETING WITH REAL PERFUMERS?

Our goal wasn’t to make a scholarly film about perfumers or fragrances. Anne Walberg’s “missions” were inspired by things I had read or seen on this topic, sometimes years ago. For instance, the idea of the cave whose scents she is supposed to reproduce identically was based on a documentary by Werner Herzog called THE CAVE OF FORGOTTEN DREAMS. But we needed to be realistic and precise as to terminology and acting. So, once the script was written, I asked a few noses to read it and they made some clarifications. It truly is a fascinating profession. There are only a few hundred perfumers in the world, most of whom have been trained and work in France. Things are changing, but women are still underrepresented. One of them in particular, Christine Nagel, Hermès in-house perfumer, advised Emmanuelle for the film. She is much more communicative than Anne Walberg, yet she recognised herself in many traits and reactions of the character. She welcomed Emmanuelle into her fragrance laboratory, and proposed her to create her own fragrance, so that she could learn the tricks of the trade.

French Perfume is a film that does grab you but took a while for me to work in with the characters as it was slow in parts. Overall it is well made and one that raises the senses of smell. 3 stars.