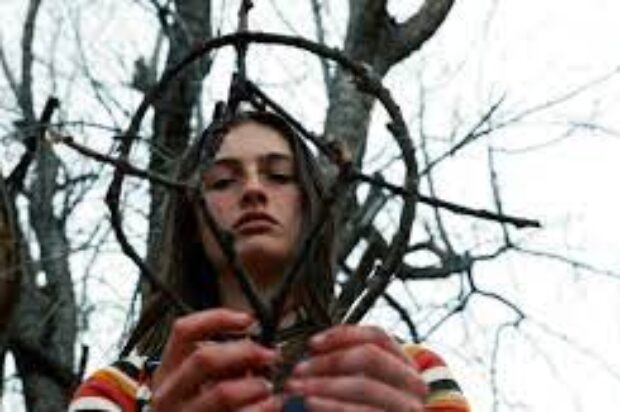 In Hellbender, 16-year-old Izzy (Zelda Adams) suffers from a rare illness that has kept her isolated on a mountaintop with her mother (Toby Poser) her whole life. As Izzy begins to question her sickness, she pushes back against her confinement and secretly befriends Amber (Lulu Adams), another girl living on the mountain, but her newfound happiness is derailed after she eats a live worm as part of a juvenile game and finds an insatiable and violent hunger awakened within her. To understand the hunger, Izzy must learn the dark secrets of her family’s past and the ancient power in her bloodline.

The latest film from the upstate N.Y. filmmaker family The Adams, Hellbender is written, directed, produced, scored, and edited by Toby Poser, John Adams, and Zelda Adams (The Deeper You Dig) — who also star, alongside Lulu Adams. It’s the sixth feature from Wonder Wheel Productions, the family-run production company founded by Poser and Adams and their children, and the family also produced the music for the feature with tracks from their experimental punk band H6LLB6ND6R.