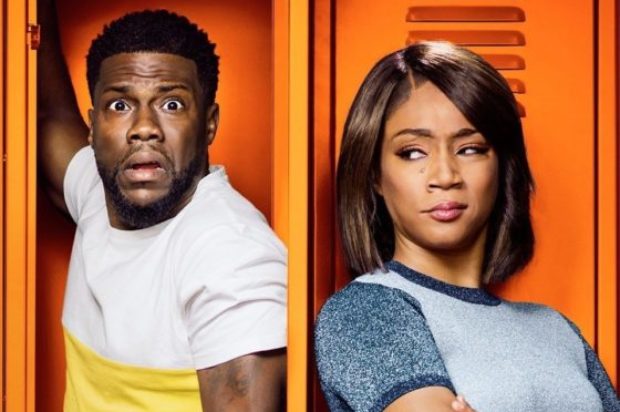 Kevin Hart is a super saleman selling BBQ’s and dating a successful interior designer and is punching well above his weight . In an effort to keep up he drives a Porsche and always pay the bill at restaurants which put his finances in a precarious position. When he looses his job he finds difficultly finding a decent job because he didnt finished high school and so returns to nightschool . The premise is a funny and the night school students are a mix of misfits with some good lines and a few hilarious scenes via a student Skyping from jail seem like a great mix .

Unfortunately the laughs were a lot less than expected with some jokes poorly executed and some just gross. That said I think this will appeal to his intended audience as some were in hysterics the whole way through. Tiffany Haddich is great as the Teacher executing her own take on tough love by pounding Hart in the octagon. I enjoyed Hart in Central Intelligence and Lee’s film Girls Trip but this does not come close to either of those .

I was looking forward to the comedy but never really settled into this movie . It’s not terrible there some good laughs but more a wait for video movie