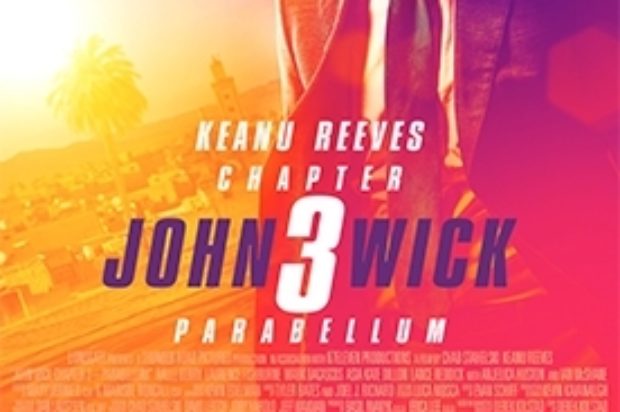 John Wick 3 is a turbo charged hard hitting action movie that continues on from the previous instalments as John Wick only has an hour before he is excommunicated which means everyone in the assassin community is banned from helping him and a $14 million dollar bounty is activated. He is trying to find salvation and redemption and in the process has to dispatch a large number of fellow assassins trying to collect the cash. Once the clock ticks past the hour he is fair game and assassins come out of the woodwork around every corner chasing him. It becomes a united nation of assassins a bit like the wanderers he is trying to get to his destination and fighting various groups along the way but the real problem is the high table who have excommunicated him after he killed a person at the Continental a hotel which is a safe zone for assassins. The fight scenes are well constructed and look seamless. There are number of gruesome deaths and bone cracking action. John Wick fights by any means necessary using guns, knives, helmets, belts ,horse and anything else he can get his hands or feet on. There are plenty of groin kicks and smashing glass. John Wick teams up with Sofia(Halle Berry) and her two attack dogs , Berry does an admirable job and looks effortless in the intense and long action sequence and is helped by her dogs in the fight.

Keanu looks cool and collected, which is a great change for the stereotypical testosterone overloaded mucho image we expect from Hollywood, he has a chilled swagger which somehow makes him seem more dangerous. It’s been a long time between good action movies of late as long as you don’t expect an in-depth storyline or a love interest (apart from his departed wife) this is a nicely put together piece of marshal arts action in a great rollicking ride.