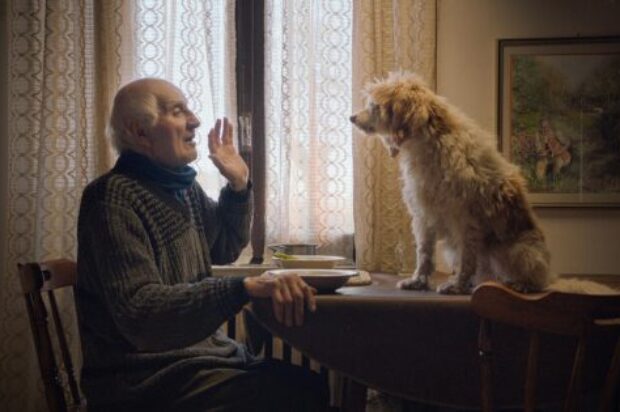 Deep in the forests of Piedmont, Italy, a handful of men, seventy or eighty years young, hunt for the rare and expensive white Alba truffle—which to date has resisted all of modern science’s efforts at cultivation. They’re guided by a secret culture and training passed down through generations, as well as by the noses of their cherished and expertly-trained dogs. They live a simpler, slower way of life, in harmony with their loyal animals and their picture-perfect land, seemingly straight out of a fairy tale.

They’re untethered to cell phone screens or the Internet, opting instead to make their food and drink by hand and prioritizing in-person connections and community.

This is a priceless documentary feature directed and produced by Michael Dweck and Gregory Kershaw. The group of aging men and the love of the dogs that they share and of course to be elite in finding the Truffles in the woods. Italian men in their later years are quite a treat to watch in this film as to some of the stories and it make you smile and ponder on what they share and won’t share.

Great visuals and music combined, and I can see why this has been nominated on shortlist for Oscars.

It a treat to see this film and discover the rare and expensive Truffle hunters and I so now want that on my bucket list to try if that day comes into my life.