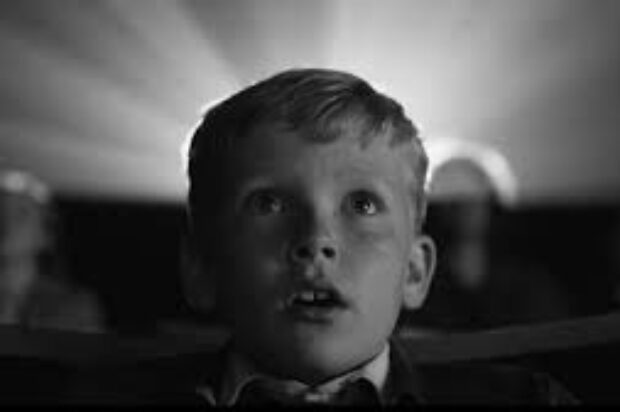 OUTSTANDING FILM THAT WILL BE KNOWN AS ONE OF THE BEST FILMS MADE.

‘BELFAST is the most personal film I have ever made. About a place and people, I love.’ Kenneth Branagh

BELFAST is a tender and intensely personal story of one boy’s childhood during the tumult of the late 1960s in the city of Branagh’s birth.

Belfast is a movie straight from Branagh’s own experience. A nine-year-old boy must chart a path towards adulthood through a world that has suddenly turned upside down. His stable and loving community and everything he thought he understood about life is changed forever but joy, laughter, music and the formative magic of the movies remain.

From start to finish this is a film you will be glued to as it is faultless gripping to watch with a cast whose characters are all outstanding’ but for screen pull you have to spotlight Caitríona Balfe, who plays Ma, and Jude Hill her son Buddy who makes his first acting debut. Branagh has produced a masterpiece of cinema and it is a Black and White film with the director of photography Haris Zambarloukos, just adds more scope to watching as to all the collaborators including production designer Jim Clay, hair and make-up artist Wakana Yoshihara, editor Úna Ní Dhonghaíle, costume designer Charlotte Walker and casting directors Lucy Bevan and Emily Brockman.

My next joy of this film was the music and again by the Belfast-born legend, Van Morrison with some classics that all fit in and uplift it more so.

It opens up to the summer of 1969, nine-year-old Buddy knows exactly who he is and where he belongs.He’s working-class, North Belfast, happy, loved and safe. His world is a fast and funny street-life, lived largely in the heart of a community that laughs together and sticks together. 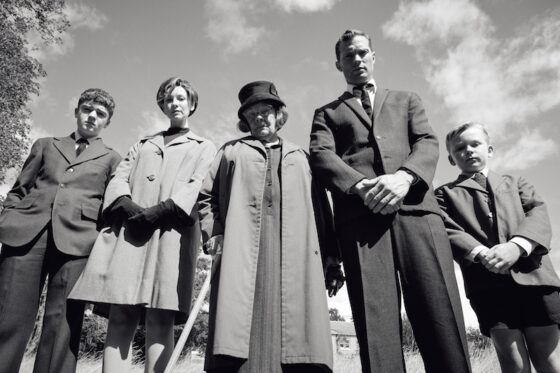 But as the 1960s stagger to a close, even as man stands on the moon itself, the dog days of August turn Buddy’s childhood dreams into a nightmare. Simmering social discontent suddenly explodes in Buddy’s own street and escalates, fast. First a masked attack, then a riot and finally a city-wide conflict, with religion fanning the flames further afield. Catholics vs Protestants, loving neighbours just a heartbeat ago, set on to be deadly foes now.
Buddy must make sense of the chaos and hysteria and of this new physical landscape of lockdown, peopled by heroes and villains, once only glimpsed on the cinema screen but now threatening to upturn everything he knows and loves as an epic struggle plays out in his own backyard.

His Ma struggles to cope while his Pa works away in England, trying to make enough money to support the family. Vigilante law rules, innocent lives are threatened. Buddy knows what to expect from his heroes – he’s spent hours in front of Westerns like High Noon and The Man Who Shot Liberty Valance – but can his father be the hero he needs him to be? Will his mother sacrifice her past in order to protect her family’s future? How can his beloved grandparents be kept safe? And how can he love the girl of his dreams?
The answers lie in Buddy’s compelling, funny, poignant and heart-breaking journey through riots, violence, the joy and despair of family relationships and the agony of first love, all accompanied by the dancing, music and laughter that only the Irish can muster when the world turns upside down.
Because what else can Buddy do? This is his only world. This is Belfast.

Branagh says that he hopes that audiences will be entertained by Buddy’s story. There is a certain spirit and a vitality in Belfast that I hope is reflected in the film, along with a very life-affirming humour. I hope people feel the joy and sometimes the sorrows of the city and what happens to the family and that they both recognise it and sympathise with it and understand, by looking at the reflections of other lives, to feel that we are not alone. If that’s what people get from the film,I would be thrilled.’