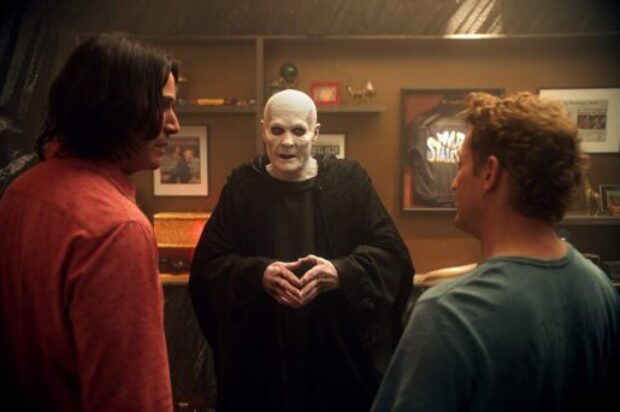 Set nearly three decades after Bill & Ted’s Bogus Journey follows Bill (Alex Winter) and Ted (Keanu Reeves) as they’re faced with creating a song in 78 minutes to set their world right and bring harmony in the universe. In order to succeed, they have to work with their daughters (played by Australia’s very own Samara Weaving and Brigette Lundy-Paine), a new batch of historical figures and a few music legends.

I have to say that I enjoyed the film and for what it was, it being something of comedy relief and silly that employed you with some laughs. If you saw the first one you want to see this one. It has a great line up of actors starring, and I have to say the make up is impressive as to the process of different stages you see the two leads in throughout the film.

I loved the robot who is on a mission to kill that has feelings, and he is given some good lines that make the film extra funny, as is the head of Hell. Visual effects are delivered well, and overall it’s not a bad film to come back and go to cinema to see it.
3 stars