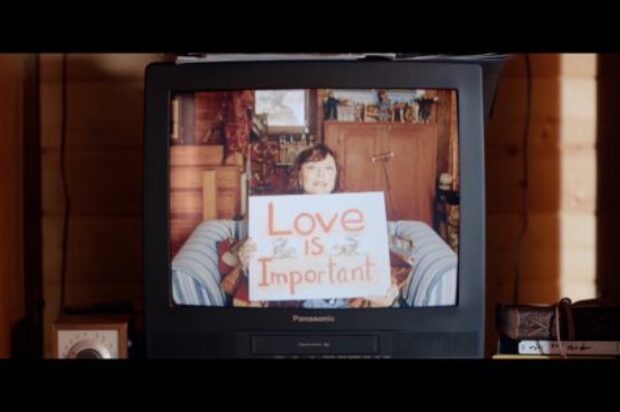 Ride The Eagle tells the story of a mother and son, and the regrets of a life drifting apart. Susan Sarandon is deceased mum Honey and in her will to her only son, Leif is a set of requests he must finish before he gets the inheritance. Jake Johnson plays Leif who in this is funny in the process of fulfilling the duties which of course some are out there, but in the process, there is a story that bonds him to his mother that he never had before and it is an insightful story that leads to making this enjoyable film.

Director Trent O’Donnel and actor Jake Johnson wrote and made the film at a time when we were all separated from friends and family. It got us thinking about the important things in our own lives. We both have young families and we began talking about our own relationships with our parents and how they can break down, which is so hard to fathom with your own children. We were interested in this area and how we can hold grudges that are ultimately petty and pointless. While I wanted to explore these themes, I wanted to do so in a natural way. It was important that it all felt real and grounded but also not predetermined or obvious. I think often these bigger emotion moments in life don’t occur at the times we expect or design them to. For Leif, finding out his mother was dead doesn’t have the weight we might expect because he was closed off to that part of his life. All this is to say I wanted to make the movie relatable in a nuanced, comedic tone.

The setting was also important to me. Yosemite is my favorite part of the world and I liked the idea of setting a smaller personal story in that incredible, grand landscape. The setting proved a real challenge, complete with nearby fires and long hikes lugging equipment, but hopefully, it all helped to make a story that resonates with audiences.