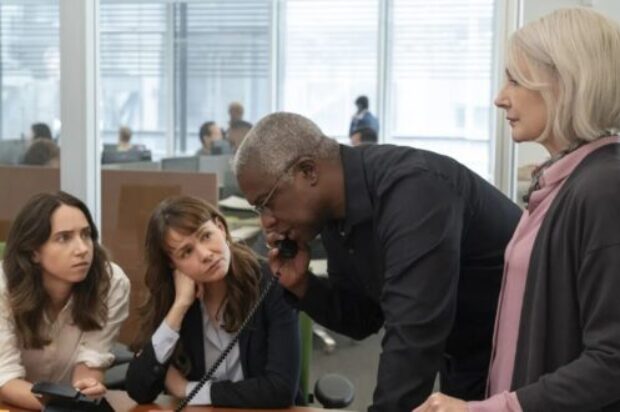 Back story of New York Times reporters Megan Twohey played by Carey Mulligan, and Jodi Kantor by Zoe Kazan who both give a strong performance of one of the most important stories in a generation — a story that helped launch the #MeToo movement and shattered decades of silence around the subject of sexual assault in Hollywood. The man who now is jailed and will probably rot there is Hollywood producer Harvey Weinstein.

The film does take a while to get going in view of charactor build ups but it all works in effect for what the subject of what it is and it results to a very powerful story on screen to be told by investigative journalism.

For all who were part of this film and for all the real victims who had the courage to come out makes “She Said” a film that needs to be watched as it does highlight the raw emotional while watching how each women who was made silent come out with such courage to come forward to stop such a sick predator from continuing and inflicting more.

Hollywood is known for its history of how many women were abused and so called casting couch stories, but in our times now of change this has sparked and lead to reg flag others which does not to say that it has all stoped but it has given a strong platform for all genders to now speak up in the metoo world.

She Said is film that I hope gets a good run to be seen and to get into educational systems for young generation of all sexes, as it is powerful account of truth and justice in the end game.