FILM RELEASE: THE MEN IN BLACK 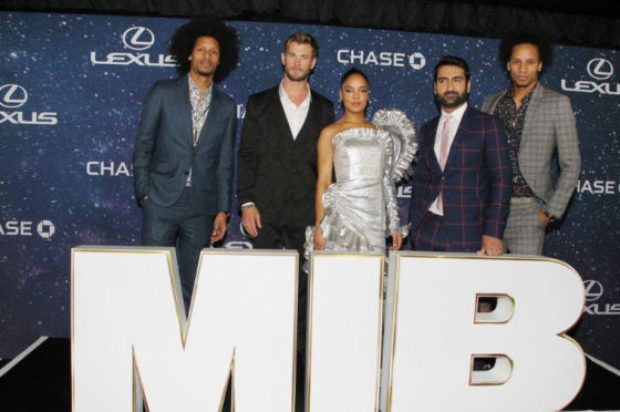 THE MEN IN BLACK
Genre: Action/Adventure

The Men in Black have expanded to cover the globe, but so have the scum of the universe. And to keep us safe, decorated Agent H (Chris Hemsworth) and determined rookie M (Tessa Thompson) are partnered – an unlikely pairing that just might work. As they face a new alien threat that can take the form of anyone, including MIB agents, they must join forces on a globetrotting adventure to save the agency and ultimately the world.
I am afraid to say that this is a pretty average film and lacks so much in every way. I sat through this with sheer disappointment. Chris Hemsworth lead star does not have screen power in this film that falls flat with his other lead stars Tessa Thomspon, and Liam Neeson. CGI is full on of course but still lacked thrill and humor and was plain dumb and annoying. The appeal is for young guys and am sure it will do well at the box office with these guys, but I rather sit through the first take of Men in Black 1 and 2 that had more staying power and was fun to watch and had great actors and writers attached with direction.