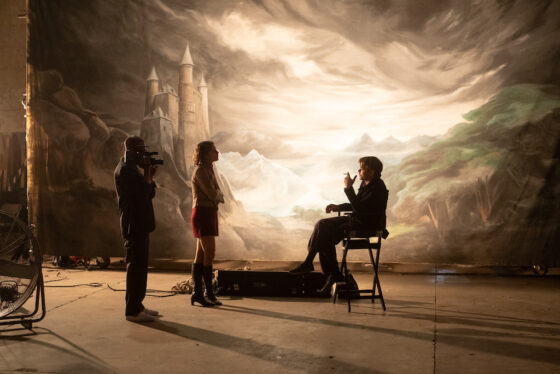 Directed by award-winning filmmaker Joanna Hogg (The Souvenir, Archipelago, Unrelated) and starring Honor Swinton Byrne, Jaygann Ayeh, Richard Ayoade, Ariane Labed, James Spencer Ashworth, Charlie Heaton, Joe Alwyn, Harris Dickinson and Tilda Swinton, The Souvenir: Part II follows Julie, who in the aftermath of her tumultuous relationship with a charismatic and manipulative older man, begins to untangle her fraught love for him in making her graduation film, sorting fact from his elaborately constructed fiction. Joanna Hogg’s shimmering story of first love and a young woman’s formative years is a portrait of the artist that transcends the halting particulars of everyday life — a singular, alchemic mix of memoir and fantasy.

If Joanna Hogg’s The Souvenir: Part I played out like an indelible memory of intense love, the second chapter unfurls like the prelude to a dream. It is at once a journey out from grief and an incandescent portrait of an artist caught in the act of turning life itself into the inspiration for creation.  It is also a heartfelt and joyous love letter to cinema, and the extraordinary way it shapes our life and our art.

The Souvenir: Part II featured at Cannes in the Director’s Fortnight and officially selected for the BFI London Film Festival and the New York Film Festival. It won Best British/Irish film of the Year at the London Critics Circle Film Awards as well as 3 craft awards at the BIFA’s.

This is masterful filmmaking that transcends you and I watched certain scenes twice, as loved the camera work as it is divine and abstract.  It is one to put on the list and must-see on the big screen.