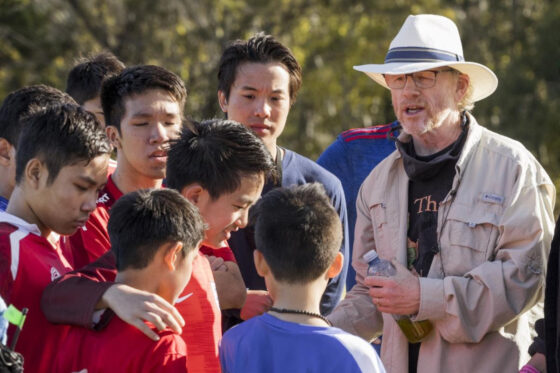 Thirteen Lives recounts the incredible true story of the tremendous global effort to rescue a Thai soccer team who become trapped in the Tham Luang cave during an unexpected rainstorm. Faced with insurmountable odds, a team of the world’s most skilled and experienced divers – uniquely able to navigate the maze of flooded, narrow cave tunnels – join with Thai forces and more than 10,000 volunteers to attempt a harrowing rescue of the twelve boys and their coach. With impossibly high stakes and the entire world watching, the group embarks on their most challenging dive yet, showcasing the limitlessness of the human spirit in the process.

The film was made in Queensland which was a huge bonus for the industry here as to all involved with additional crews and extras. It sure was an ambitious film to make but we had great locations and with Howard at the lens directing he has stated how happy he was working in our part of the world and he sure ticks off another brilliant film to his collection.

It is a long film to watch that does carry the drama of the event but it is a great insight into the rescue.