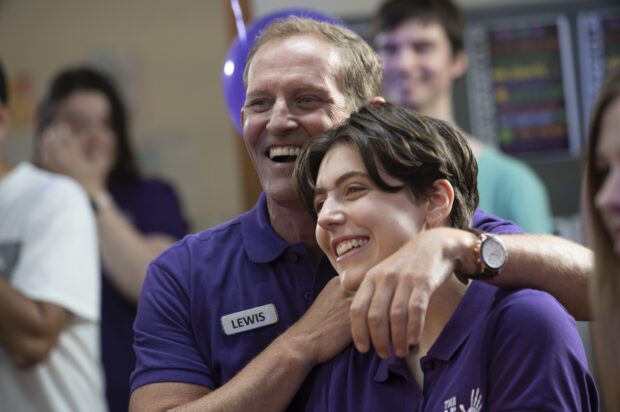 The story follows disillusioned musician Noah (Reece Noi; Game Of Thrones, When They See Us and Hit & Miss) who quits the band of his ‘90s pop icon mentor (played by legendary Aussie singer Christine Anu) and returns to his mother’s home in Sydney, seeking connection and rejuvenation.

Clashing with his mother (screen icon Paula Duncan) over old wounds, Noah searches for solace elsewhere and soon finds himself swept up in the vibrant, passionate life of a young, emerging trans-man, Finn (Yiana Pandelis), who is a proud, Auslan-only speaker who, with his father (Patron for Auslan Stage Left and Australian entertainer Todd McKenney) runs a local centre and nightclub for his Deaf community. 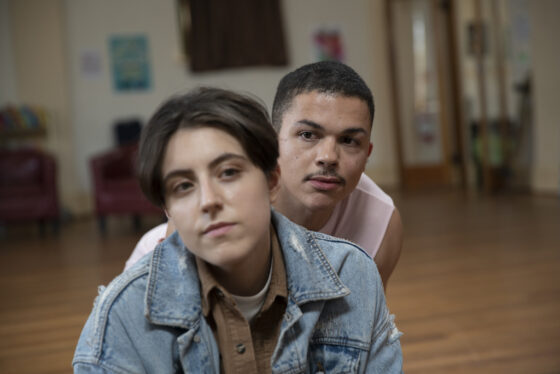 Noah and Finn together traverse new ground, sharing their languages – Noah’s music and Finn’s signs – with one another, whilst trying to work out how to be true to themselves. Through a mutual love of music from two very different perspectives, a heart-wrenching love story unfolds.

UNSOUND knits these two journeys together as a romance in a compassionate and unadorned way that makes the film ultimately about the transformative power of love,” says Ian Watson.

Filmed in Sydney, Australia, UNSOUND is an original script written by Ally Burnham. Various members of the represented communities were involved on the project from its development through to completion to ensure the story was entertaining and authentic. Ally comments;

“UNSOUND for me is a story of visibility. Our characters strive to be seen and heard in every aspect of their lives, highlighting the simple power of recognition; respect, acknowledgement and acceptance.

If just one young person sees this film and sees a part of themselves up there, then it’s all been worth it,” says Ally Burnham.

Internationally, the film has been selected for competition in festivals around the world such as the 32nd Festival for Children and Youth in Vienna (UNICEF Award, Children Jury and Public Awards) and the International Film Festival of India (UNESCO-Gandhi Medal section).

“UNSOUND will resonate with young audiences and old seeking out accessible stories that are reflective of today’s diverse, progressive and inclusive world.

We are all incredibly excited that our story is coming to fruition to be seen on the big screens. We have all worked incredibly hard over the past few years. I am so grateful for this team,” says Tsu Shan.