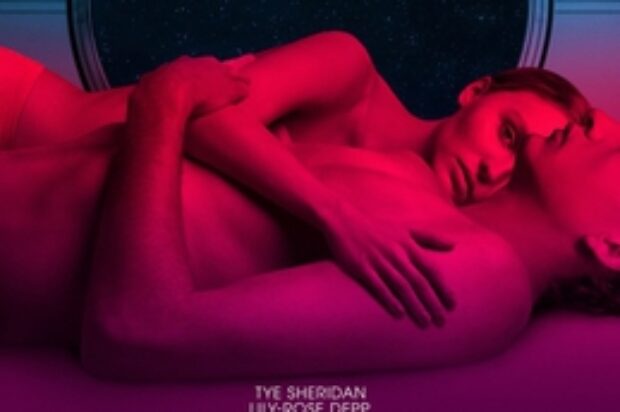 Set in the future, the film chronicles the odyssey of 30 young men and women who are sent deep into space on a multi-generational mission in search of a new home. The mission descends into madness, as the crew reverts to its most primal state, not knowing if the real threat they face is what’s outside the ship or who they’re becoming inside it.

This is one of those films that I could not wait to finish. I was pretty bored and found the script pretty predictable as writer-director Neil Burger has created here and with some of the cast that I say would have struggled in most parts.

The characters in Voyagers are the middle children of an 86-year colonization mission — born on Earth but never really of it, and also unlikely to survive long enough to see the new planet they’re traveling toward.
Their lives are slated to unfold almost entirely onboard the spaceship Humanitas, on which they’re both the crew and the future parents and grandparents of the eventual settlers. In an effort to make this regimented existence more tolerable, the planners behind the mission gestated their intergalactic travelers in a lab and raised them in a sealed facility so they wouldn’t get attached to family or to the dying Earth they’d soon leave behind. The crew is also drugged with a substance they call “blue” that dulls their senses, makes them more biddable, and dampens their sex drives, which becomes relevant as the kids grow up into a bunch of dewy-skinned teenagers living in close quarters with no clue that their state of chaste docility is chemically enforced. Then two of their number, Christopher (Tye Sheridan) and Zac (Fionn Whitehead), figure it out and stop taking their daily doses, setting off a chain of events that throws the careful order of life onboard into chaos.

Apart from Colin Farrell who I class as one of the finest actors on screen, this is a hit and miss sci-fi that does not have any real sense of what it states and is right out dull.
Boring and over and out.