FILM REVIEW .. A CALL TO SPY

Churchhill war times Spy films to watch spy to call film true stories of war Women in Film by Caroline Russo | on December 17, 2020 | 0 comments | in Film Release & Reviews | Like it 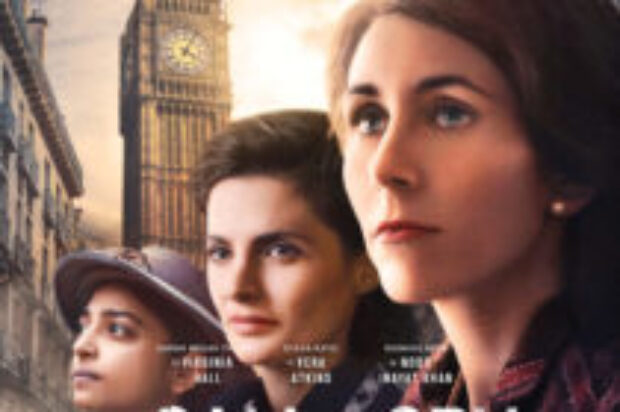 FILM REVIEW A CALL TO SPY

The women portrayed in A CALL TO SPY each faced personal challenges: Noor volunteered to serve despite her beliefs as a pacifist; Virginia became the spy the Gestapo named “the most dangerous of all,” despite being disabled; Vera worked for the SOE only by hiding her Jewish identity amid institutional anti-Semitism. Through their stories, garnered, in part, through research in government files and interviews with living relatives, the film explores timely themes including how does an individual resist evil?

Sarah Megan Thomas Screen writer/ Producer and actress states, there were many sources that were instrumental in helping with the historical accuracy of the script. To name just a few: SOE’s historical records as well as those of “OSS” (precursor to CIA), individuals within the SOE and OSS communities, members within the CIA Spy Museum community, former CIA personnel, and various living relatives of our lead characters.
In the context of a fiction film, the story closely tracks each individual’s historical “arc.” That said, as “Hidden Figures” did, a few characters were put together in time and space to explore broader themes including how individuals from different nationalities and religions united to resist Hitler, each in their own way.
The history of SOE is complicated and controversial. What was interesting to me to explore is the power of resistance, even in the face of possible failure, and how both small and large individual acts can make a difference. In the end, this is a movie about beginnings. The courageous individuals featured in our story put their lives on the line in the name of freedom before there was an established spy circuit — before anyone really knew what they were doing.

The film brings quite an impact from the start and with such a female-driven subject it stands out with the performance of each individual.  In a time of history that explores the intensity of undercover spy work and the bravery of all who come to take part it drew them to the edge to work as it all mattered to these women and they knew of the risk of their lives and others.

The continuing importance of the film’s historical characters is underscored by the additional recognition recently given to them.

Virginia Hall is the subject of three 2019 biographies. Her prosthesis, Cuthbert, is named on the Congressional Gold Medal awarded to OSS (precursor to CIA). Noor Inayat Khan was recently commemorated with Britain’s prestigious Blue Plaque.