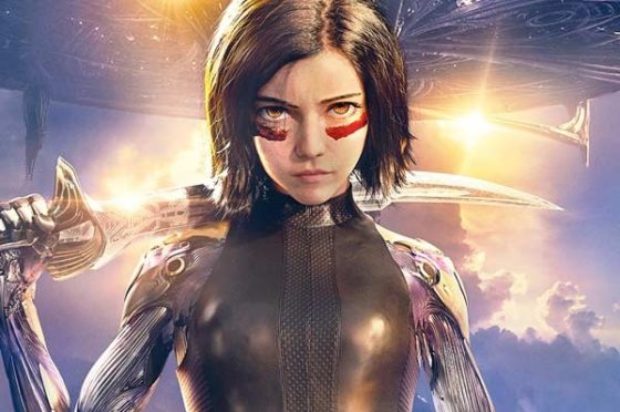 Alita Battle Angel is based on iconic Manga books Alita and this movie covers several books so there is a lot of storyline happening in short spaces of time mixed with punchy action and a Romeo and Juliet style love. Once you add in very cool 3D graphics in a sci-fi post apolyptic city well that’s my kind of movie ..

Alita is a “hard body” ( cyborg ) girl with a mechanical body which Dr Ido fashioned for her after finding her on a scrap heap in Iron City where they live . The scrap heap is the cast off from the floating city of Zalem where the elite live . Alita has no memory of before Dr Ido found her but is trying to find out who she is . Dr Ido tries his best to keep Alita safe but she ventures out and when they run into trouble her battle skills are awaken in her and she starts to recall parts of her past.

She also meets Hugo and they are smitten with each other he’s a street kid trying to make enough money to buy his way into Zalem on a false promise from Vector who uses him to do his dirty work.

There are some hard hitting roller ball style races that’s are great fun to watch .

The film is fast moving with a great budget that Cameron is so used to getting and this sci fi flick works nice with the love interest and a girl kicking the bad boys about.