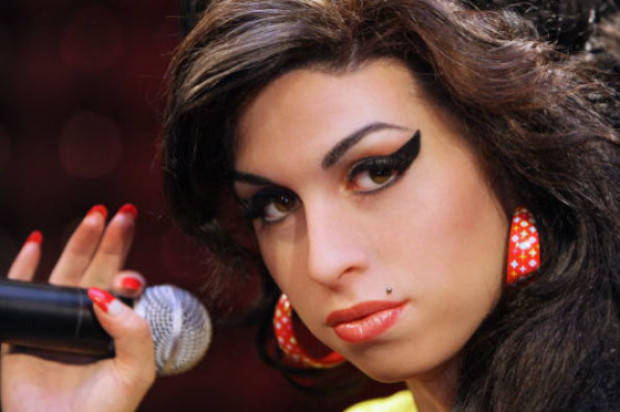 I’ll admit I was never an Amy Winehouse fan. I respected her voice and appreciated a selection of her songs, but the personal troubles of her life that seemed to overshadow her talent was what I mainly connected her name with. So in seating for ‘Amy’ I was uneducated and unprepared for what was to unfold before me – a fly-on-the-wall, at times intrusive feeling documentary detailing her rise to stardom and the subsequent decline that came with it. Asif Kapadia (‘Senna’) has compiled a fascinating glimpse, through home video footage and insightful interviews, into the life of the young girl from London who simply loved to sing but never envisioned it as a career.

If there’s one thing that ‘Amy’ gets across it’s that Winehouse was a unique talent, possessing a voice that rivalled the greats of the jazz genre and harnessing the kind of charisma that made her such an irresistible force to be around. Through her deeply insightful lyrics (many of which are sprawled across the screen throughout) you can sense the honest relationship she had with music, unafraid to speak her mind when it came to her more mainstream contemporaries; her reaction to Justin Timberlake’s record being titled ‘What Goes Around, Comes Around’ during a Grammy announcement is priceless. As the film celebrates her with the many achievements in her career, Kapadia is just as quick to showcase her faults as her eating disorder and, particularly, her dependency on drugs and alcohol is detailed for all to witness; sadly the two often went hand in hand.

Her inability to handle the media, the destructive relationship she had with her father, and her toxic marriage to Blake Fielder-Civil are all presented throughout ‘Amy’, never quite delving as far as we would like but offering enough of an indication of the hardships she was dealing with during a period in her life when she needed someone strong enough to help her walk away. It’s hard not to feel a real sense of sadness when watching ‘Amy’ as we all know where it’s inevitably going to lead, and though there are many times throughout you can’t condone her behaviour, the film makes you understand it.

Gloriously tragic is probably the best way to describe Amy Winehouse, and this respectful film highlights an unmatched singer whose unpretentiousness and beautiful vulnerability were ultimately what became her undoing.