FILM REVIEW … ALL IS TRUE

ALL IS TRUE arolin Ian McKellen Judi Dench Kenneth Branagh Shakespeare by Caroline Russo | on April 29, 2019 | 0 comments | in Film Release & Reviews | Like it 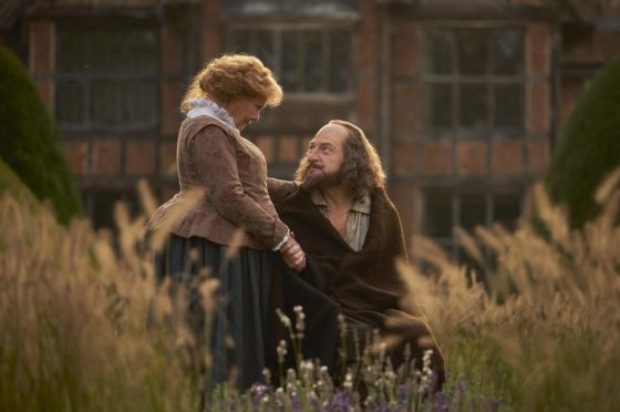 William Shakespeare, All Is True is a film that begins in the story of the final production at the Globe theatre, which burned down mid-show in 1613 due to a misfiring cannon. He returns home to the family where he desires to have a peaceful retirement but with returning home he is confronted to the angry family his wife Judy Dench who plays Ann, and his daughter Judith who is very unhappy and unmarried and her sister Susanna who is miserable in her marriage. With that, the film moves to the family story of his son death 17 years earlier and his grief but later the truth that comes out that is held back by the family.

This has been written by Ben Elton and directed and acted by Kenneth Branagh who is brilliant in this role and the make up would have required many hours in the chair. Judy Dench is faultless and gives it all the emotion that this film has.
The film is slow paced but it does justify the film time and flow it needs and it picks up in mid-flow.

Ian McKellen’s who play the Earl his scene where he has a visit with Shakespeare, is tremendous as to the dialog exchange. This is a film that gives you depth into the last leg of one of most genius master writers that live on forever and the film may take a mix of fiction and fact here but it is one story recorded well and put together beautifully.