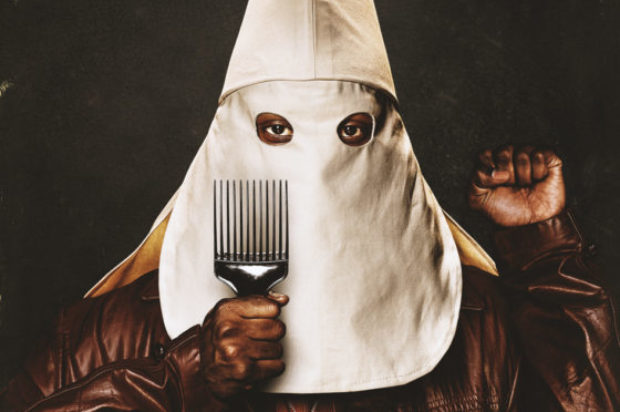 In 2006 Spike Lee gave us Inside Man, a glossy and detailed thriller about a bank robbery told in a near fractured narrative, where he demonstrated a sense of control, a new sense inarguably, that we hadn’t seen before. With the exception of that fine film, and his remake of Oldboy (a disaster best forgotten), Lee’s films have always had an agenda. Primarily concerned with race, it always seemed he had his boxing gloves on, ready to take on all comers who entered his corner and challenged his truth. Sometimes quaint, other times too heavy handed, it was just an accepted fact that Lee was back, film after film, with incendiary comments about the black experience. His last really great film, subdued as it was, was Jungle Fever. Confidently directed, the movie was alive, a turn-on, and shot through with sensual colour.

Now, with BlacKkKlansman, Lee has delivered his finest film. I want to call it a masterpiece but if its not, it is at least Lee’s masterpiece. Funny, frightening, and solidly acted, it feels ike every one of Lee’s agenda films filtered into a groovy 1970s blaxploitation epic. Set in 1972 and based on true events, Lee comes at the material in a wry fashion. He wants it all from us this time and he sets us up to recoil, laugh, and marvel at the sheer gall of the players on both sides of the game. Adapted from Ron Stallworth’s memoir Black Klansman, it follows the adventures of Stallworth (John David Washington) who became the first black cop in Colorado Springs, who, after shuffling files, took over a desk and orchestrated the infiltration of the neighbouring Ku Klux Klan chapter. Over the phone, he adopted the persona of a white man and played the group like a flute, feeling out their attitudes and rolling his eyes at their feeble screening process. He then sent in white detective Flip Zimmerman (Adam Driver), posing as himself, to join and dismantle the group. The morons don’t really notice that the voice on the phone and that of the man in front of them don’t match and that’s just the beginning of Lee’s smackdown. When asked if he’s Jewish (and he obviously is), one of them poses the showstopper, “Is your dick circumstanced?”

Ordinarily it would be a terrifying escapade and Zimmerman finds himself very nearly cornered, but such is Lee’s light touch (he never misses a chance to have us giggling at their foolish traditions) the journey, while hinging on discovery, is an exploration of their perverse culture. One member, Felix Kendrickson (a leering Jasper Paakkonen), is full of suspicion about the newcomer but leader Walter Breachway (Ryan Eggold) has already filed him as the group’s resident hothead and pays him no mind. But the racist bleatings don’t just come from the company Zimmerman keeps. We hear it on radios (Lee sneaks it up on us like background noise) and in the opening sequence, supremacist Dr. Kennebrew Beauregard (Alec Baldwin giving great satire) bumbles through a speech about integration and referencing America as “a mongrel nation”. Lee has us surrounded.

As BlacKkKlansman makes clear, changes were made but such is the revolution, it’s a battle that rages on. From Breachway’s wife cuddling up to him and clucking happily about their hateful plans finally coming to fruition to the stupidity of K.K.K. leader David Duke (a deadpan Topher Grace) to the comedown of a racist police officer inside the precinct, Lee’s spectrum is far-reaching. We barracked for the good guys for two hours and he almost lets us off the hook, but, in keeping with tradition, he leaves us with the undeniable reality. Sadly, it’s a bullseye.