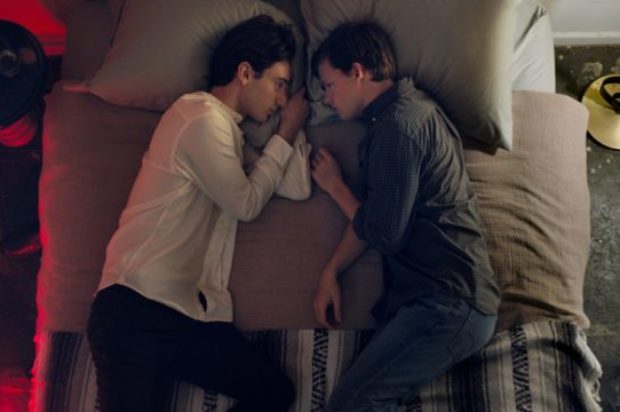 Last year, director Luca Guadagnino released the film Call Me By Your Name that told the story of a boy’s sexual awakening and his first love. The boy’s father, aware of his son’s sexuality, sits him down to talk to him about his life. It was a beautiful moment, energising and truthful, and thanks to a sensitive performance by Michael Stuhlbarg, it turned out to be one of the most powerful and talked about scenes of the year. Now, with Boy Erased, Joel Edgerton’s new film that is partly about gay conversion therapy but more about a young gay man taking control of his own life, we see it again. This time we have the mother stepping up, finally opening her eyes to her son, and ensuring him a safe passage.

Impressively acted and adequately directed, Boy Erased is a curious, safe, and very basic film. It stars Lucas Hedges as Jared, the boy in question, Nicole Kidman and Russell Crowe play his parents, and Edgerton is the instructor at the intellectually and emotionally retarded institute, Love In Action, where the reconversions take place. Edgerton chops the story, which he adapted from the memoirs of Garrard Conley, into a fractured narrative so we can see Jared’s cloistered beginnings, how he was raped and then outed by a fellow student at college, the aghast reactions of his father, a minister, and his mother, the perfect trophy wife, and his experiences in therapy. The scenes set in the institute (institution?) are so archaic you don’t know whether to laugh or roll your eyes at the pitiful nature of their approach to reconditioning. The “students” are taught how to sit, how to stand, and instructed that somehow they’ve chosen this debauched path much like a star football player chooses his path. They’re not allowed to use the bathroom alone (they might touch themselves), their journals and belongings are carefully scrutinised by a ruthless little administrator (perfect comic relief) while they take lessons, and from the look of it, forbidden to smile. Soon enough, Jared’s mother (Kidman is outstanding) starts to sense the negative vibes herself, and after witnessing the terror and pressure inflicted on her son, takes matters into her own hands.

Boy Erased is a very careful film. Unlike the intimacy we saw in films like Brokeback Mountain and Blue is the Warmest Colour, Edgerton keeps the physical expression hidden from view. Jared seems to have no real sexual experience beyond being raped, he forms crushes on his buddies, and spends the night with a man who he just stares at longingly. Heaven forbid they lock lips! This is a film designed for straight audiences who acknowledge gay people but can do without witnessing their demonstrative natures. Reconditioning organisations such as the one depicted here have long been considered poisonous and Edgerton draws reactions of disgust and humour in equal measure. The musician Flea, tattooed and scowling, marches about as some kind of drill instructor and in one very odd scene, catches Jared alone in the bathroom and stares threateningly. Like the other employees, he’s little more than a cartoon character.

I saw it with a predominantly gay audience and more than once, I felt a surge of emotion run through the cinema. The unsurprising scenes at the institute come off like a morbid sideshow, entertaining rather than insightful, but back home, where the heart is, that’s where Boy Erased hits the right note. If, however, Edgerton had shown more courage, the film would’ve amounted to more than just Oscar bait.