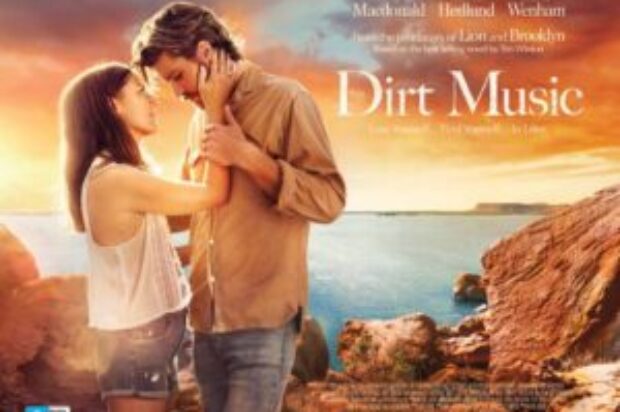 Filming production of Dirt Music which began in Bardi Jawi country in the Kimberley, Western Australia with other locations like Noongar country in Perth Esperance, Western Australia delivers breathtaking photography throughout the film that landscapes it to double up for a great tourism campaign for WA.

Enter the character leads that bring in Georgie (MacDonald), sometime sailor, diver and nurse who has lost her way. Stranded in a remote fishing town on the West Australian coast she’s living with a man she doesn’t love, Jim (Wenham) and his young sons whose dead mother she can never replace. But a reckless moment leads to a life-changing encounter with Lu (Hedlund), an enigmatic loner, one time musician and sometimes poacher, outcast from the community. The two are powerfully drawn to each other and embark on an inescapable, intense and sexually charged affair. Georgie will risk everything for this chance of love, but Lu is haunted by a tragic accident from his past. For him, the prospect is too painful and he retreats into the wilderness to the remotest islands leaving little clue as to his whereabouts. With the unlikely help of Jim who is determined to right the wrongs of his own past, Georgie embarks on a journey to bring Lu back from his past and his grief, ultimately finding herself.

The film draws out far too long and is intense, but it is Tim Winton adaption who always digs deep in the subject characters and this is somewhat a touch too long. This is a love story of mixed heavy emotions of grief and finding yourself hard measures that bring you back and forth which requires the cinematic feast it gives that does capture the moments within the film at times. For me, It’s one of those films that you think thank god that over.