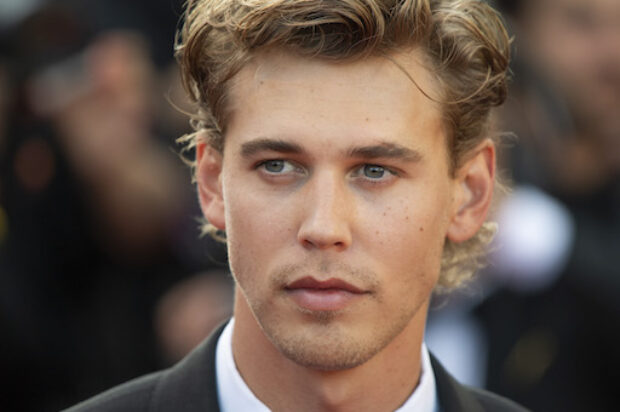 The Gold Coast Events Cinema Pac Fair was the talk of the town last Saturday night 4th June’ as it hosted “Baz Luhramann” bio pic Elivs Movie. With the key cast on the red carpet and no expense spared party room, it had special guests, cast and crew, in high spirits as they celebrated till late.

Baz has picked one of the most powerful singers of our time who gave some much of himself when he performed’ and with all the complexity of the background demands of his life that his manager promoter Colonel Tom Parker, put on the King of rock and roll which surmounted to his tragic death at the age 42 years.

I still recall the moment the morning I woke up to the news of Elvis’s death and mourned with the rest of the world.  The Elvis Movie will take you on a journey if you lived in those times and were a fan you will relate to this film and love it. There is young audience that does not know of Elivs’s backstory and this is a film that should be looked at in view of his story and that of the world of showbiz in those times that shows all the ups and downs and twists of fate that cames from control.

The casting to find the right Elvis was intense, but “Austin Butler” got the part who everyone is raving about now but he has stated for the duration of filming with Covid combined that shut down of the production he kept to himself away from friends and family to be Elivs which has turned out to be the role of his lifetime and his hard work has paid off. He is striking on-screen and gives an amazing performance!

Baz had heard about Austin Butler from his stand-out role opposite Denzel Washington in ‘The Iceman Cometh’ on Broadway, and then I got a call from Denzel, whom I do not know, going out of his way to state that this young actor had a work ethic like no one else he had seen before. Through a journey of extensive screen testing and music and performance workshops, I knew unequivocally that I had found someone who could embody the spirit of one of the world’s most iconic musical figures.”  Butler offers, “What always fascinates me about any icon is the fact that they’re first and foremost human. Elvis was the first of his kind, in a way—a kid who comes from absolutely nothing and then becomes the most famous man on the planet. It’s the American dream. He also embodied so many eras that it feels like he lived 100 years; it’s amazing that he was only here for 42.” Oscar winner Tom Hanks as Parker, was great fit and Luhrmann says “I’d never worked with Tom previously, but I just told him the story and before I even got to the video I’d brought along to show him what I had in mind, he said, ‘Well, if you want me I’m your guy.’ What a gift!”Hanks has said of the real-life Parker, “He was both a genius and a scoundrel. He was a very disciplined man, a wicked smart businessman and a dime-squeezing skinflint, but also a pioneer in a big type of show business that did not exist until Elvis Presley came along. He knew instantaneously that Elvis was a unique artist, he saw his grand potential and knew that if he didn’t make a ton of money off him, somebody else would.”Hanks observes. “Baz is the hardest working man in show business as far as I’m concerned, and he has made a number of movies that I think are about as iconoclastic as you’re going to get, but there’s always a logic to it no matter how fluid the point of view is. Linear storytelling would not have been big enough, not after all we know about Elvis— and all that we do not know about Elvis that Baz went back and mined for this film.” 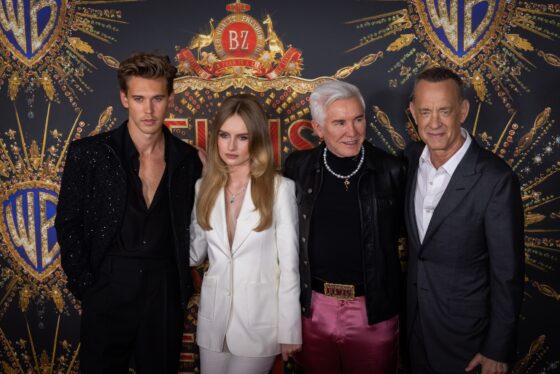 Actress Olivia DeJonge Priscilla  had an extensive casting process  from Baz that was  intangible quality l saw in the real Presley: “The thing about Priscilla that I perceived at the very beginning was that she’s quite self-possessed, and Olivia immediately struck me the same way.”“Priscilla was such an interesting character to step into,” DeJonge offers. “I found her to be so intriguing and the fact that they were together for so long, to play those different stages of their life together, was exciting. I really wanted to strip away all the historical ideals that we placed on these people, to really get through to the human aspect. For me, Priscilla was a woman who really loved this man, and his job takes him away from her all the time. So, how would that make me feel.

To take audiences back in time through Elvis’s life, production designers Catherine Martin and Karen Murphy focused on blending historic references with Luhrmann’s larger-than-life visual storytelling. With the exception of a few area locations, everything would be accomplished on the massive sound stages and backlot at Village Roadshow Studios in Australia’s Gold Coast.

Martin has been interpreting Luhrmann’s vision since his first foray into film. “The way we work is something that we’ve done for such a long time,” Luhrmann says of partner Martin, whom he calls CM. “There’s no mechanics to it, it’s almost like our own language. I start out with my scribbles and collages and bibs and bobs and tear sheets and a lot of words. And I know my scribbles and my sketches and my boards are practically illegible, I know it,” he laughs, “but I am able to convey to her how I see things. And she has many gifts, but one of her extraordinary gifts is that she can take all that jumble and execute it at such a level that is pretty rare. I am involved in the process all the way; while I might obsess over the hem of a costume or the colors on a set wall, we are a true partnership—there’s a spiritual, creative connection that’s really special. Since the moment we met, we have always had an ongoing dialogue, and that conversation hasn’t ever stopped.” 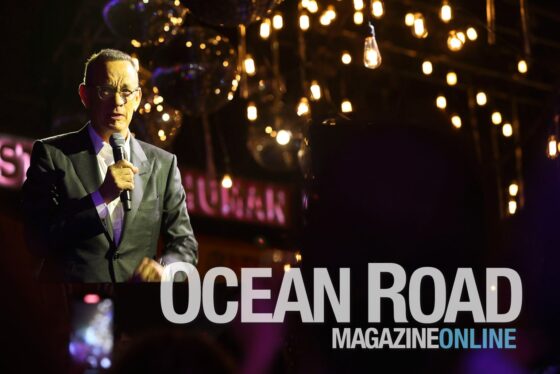 Overall the film is shot fast in sequences and I was captured by it all, it is one that I would see again as to details of the shot and performance.

The highlights are not only on the iconic singer-actor Elvis and Parker and seeing Tom Hanks do what he always does- give a great performance, but was filmed on Gold Coast QLD and it had many locals that I know in the film that have now to be seen world wide.

I think it will get a swag of nominations in award times as to all departments as it sure is another great cinema piece of Baz who tells a good story. Go see it, folks its OUTSTANDING FILM!