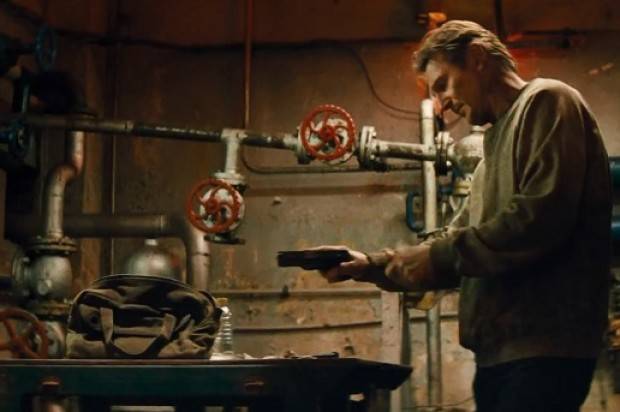 The original ‘Taken’ (2008), though far from a classic by any means, was an enjoyable, effective actioner that propelled Liam Neeson into the bankable, leading man status that had seemed to elude him for the majority of his career. For a man in his sixties, Neeson still appears spry and looks great, and ultimately is the only reason ‘Taken 3’ stays afloat. A sequel here should’ve been relatively easy; take Neeson’s former special agent Bryan Mills and place him in a situation that involves him to do use his unique skill set, and send him off on his destructive way. Sadly, 2012’s ‘Taken 2’ opted to pretty much remake the first film, rendering it rather useless, and though for this threequel they’ve ditched the “taken” concept, everyone involved here somehow managed to make a product even worse, void of passion and originality.

This time around, Mills has been framed for the murder of his ex-wife (Famke Janssen) and, naturally, takes it upon himself to both solve her murder and clear his name. This could’ve resulted in an enjoyable action romp as there’s still something entertaining about Neeson taking out large sums of disposable villains without as so much breaking a sweat, but director Oliver Megaton and writers Luc Besson and Robert Mark Kamen somehow forgot to even make the action sequences amusing, and so we’re left with a dull feature where very little actually happens. They try their best to fool us by furiously editing any instant that resembles an action moment, but really the most exciting thing any character does here is talk into a mobile phone. And they like to talk a lot!

The film manages to liven up somewhat about 2/3rds of the way in when Neeson finally gets some proper combat to justify all his running around, but even then these scenes fail to deliver anything we haven’t seen before. It also doesn’t help that the main villain of the piece is absent for 90% of the film and, after a brief pre-credit introduction, is only given screen time right before the film intends to wrap up with an obligatory climactic action sequence. The villain, a generic Russian gangster, barely registers enough for us to care but placing him in an open shirt and tight white briefs for his showdown moment with Mills guarantees audience satisfaction when he meets his demise.

It really is such a shame that ‘Taken 3’ is as low-rent as it is, but thankfully it appears as if this will be the final outing, so we can rest easy knowing a ‘Taken 4’ isn’t waiting in the wings. If you’ve seen the other two films, and now the generally reviled sequel will seem like a classic in comparison to this, curiosity might get the better of you to check this out, but this series doesn’t need any kind of closure, so you could do with skipping part 3 and re-watching any of Neeson’s prior action outings.