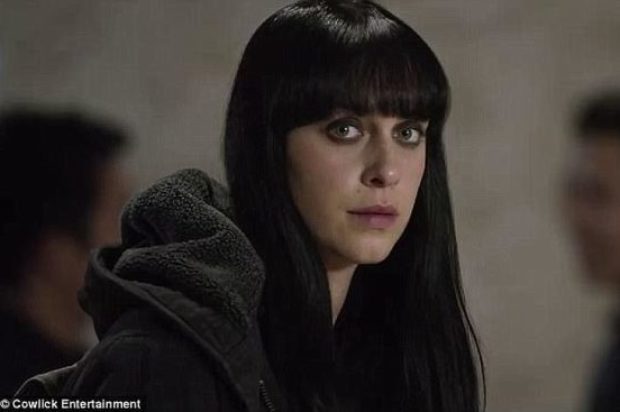 Harmony, is a new Australian release directed for young adult audiences, will be released in cinemas on October 4. The lead star of the film Jessica Falkholt, who was known for Home and Away tragically died after a car accident on Boxing Day last year.

Starring Jerome Meyer, Jacqueline Mackenzie and Eamon Farren, the film tells the story of a super-empath born with the power to absorb the fear of others. In effect she is loner and is a misfit lives in grunge where she refuels and ties to control her power.

She is subject to coming across her pathway to connect with Mason (Meyer) who are attracted and are similar to effect of one another. Having helped his mum played by (Mackenzie) They fall in love but have to contend with (Farren) he rules and strives on fear and this is where she has to learn how to combine her powers as the film comes to climix to save herself and her love.

Australian writer/director Corey Pearson, has said that Harmony is the first chapter in The Five Frequencies Saga, described as “…a supernatural story about the universal balance between the emotions of fear and love.”

I found it disjoined and irritable to watch even though it was casted well and all actors followed through, it had some good camera work and editing but fails as a story told, and left me thinking what a shame as given a bit more structure it may of worked.

Lets see how the young audience takes to it! Good news is I hear it has a China cimema release managed by Cowlick Entertainment. They have of course dedicated the film to Jessica Falkholt and her family.