Film Review of ‘Grace of Monaco’ 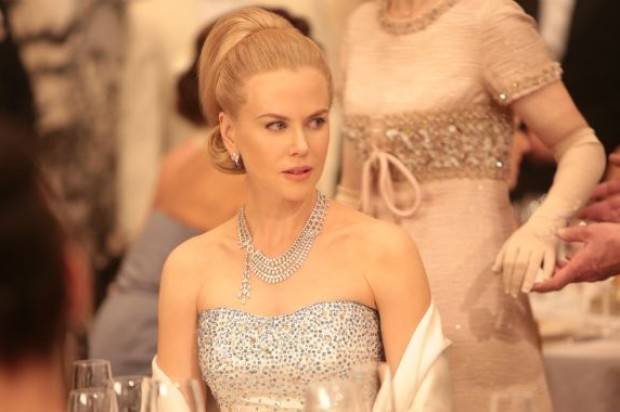 Before it even arrived to Australian screens ‘Grace of Monaco’ already had its reputation built off the back of much publicised debate and debacle. Publically disgraced by Princess Grace’s children, and unanimously reviled by critics the world over, the film was practically dead on arrival when it was chosen to open the Cannes Film Festival earlier this year. Miramax heavyweight Harvey Weinstein even tried to tweak the finalised version to his liking which only riled up director Olivier Dahan, whose vision was ultimately the one screened so you can’t help but wonder if Weinstein’s alternate cut was any better. Had any of this passion and interest been thrown into the actual film ‘Grace of Monaco’ might’ve turned out halfway decent, but as it stands it’s all a bit of a bore.

Much like last year’s maligned biopic ‘Diana’ you can understand the interest in producing such a story, and no doubt there was plenty of optimism (mis)placed in the Grace project; hers was a life that many would describe as a fairytale – a legendary Oscar winning actress finds and marries her Prince charming. As the film states in the opening credits ‘Grace of Monaco’ is a fictionalised account of true events and presents the actress (Nicole Kidman) in a time in her life when she was suffering somewhat of an identity crisis. When director Alfred Hitchcock (Roger Ashton-Griffiths, overplaying perhaps a bit too much) pays a visit with the offer of a lead role in his next film ‘Marnie’ – a role that would eventually be fulfilled by Tippi Hedren – Grace considers a return to Hollywood, but it’s not without its controversy as her husband, Prince Rainier (Tim Roth), is in the midst of a political stand-off with the French President, and Grace’s choice to return to acting could be construed as running away at a time the country needs to display unity.

Though the film wins points for opting out of showcasing Grace Kelly’s whole life in a rushed 100 minute capacity and instead focuses on a specific timeline, what is left as the focus is too melodramatic and bathed in soap opera subtlety that it’s hard to engage with anything displayed on screen. Whatever sensitivity director Dahan displayed in his bittersweet ‘La Vie En Rose’, the Edith Piaf biopic that rightfully sent leading lady Marion Cotillard to the Oscar stage in 2008, has clearly been lost in translation here as the French director stumbles harder as the film progresses; it ultimately culminates in a sequence so excessive in its close-up range that it’s hard to tell whose senses are more assaulted – the actor or the audience. In addition to questionable directing choices, ‘Grace of Monaco’ suffers from a limp script that weaves together significant moments in Kelly’s life with all the polish of a romantic comedy montage. So we’re treated to fluffy sequences of her princess training with Count Fernando (Sir Derek Jacobi) whilst she tries to pick out who in her team is leaking information, the main culprit being icy handmaiden Madge (Parker Posey) who comes across like a villain-of-the-week in some kind of ‘Downton Abby’ meets ‘CSI’ hybrid.

Whilst both aforementioned actors turn in strange performances, they’re not the worst on show as Tim Roth as Rainier remains peculiarly dense throughout and the usually reliable Frank Langella is utterly wasted as Father Francis, a pastor with an oddly influential stance over Grace. But what of Nicole Kidman as the titular royalty? To her credit she’s doing the best with what she has to work with, and though her efforts aren’t enough to save the film, she isn’t a hindrance either as she looks the part and handles it with dignity and grace (no pun intended).

Much like ‘Diana’, ‘Grace of Monaco’ has the best of intentions and an impressive enough pedigree (from director to headlining actress) to induce faith from an audience but both fail to cohesively grasp their subject matter. Grace slightly wins out as admittedly it wasn’t the cinematic slaughtering I was expecting, but I certainly couldn’t recommend it either as it really comes across as nothing more than an attractive bore. There are elements introduced throughout that tease a promise of something mildly interesting but ultimately ‘Grace of Monaco’ is a frustrating watch, and one that fails to establish its subject as a princess or a person.