FILM REVIEW OF ‘IF I STAY’

Chloe Grace Moretz IF I STAY Jamie Blackley Mature Themes teenage-aimed drama by Caroline Russo | on September 1, 2014 | 0 comments | in Film | Like it 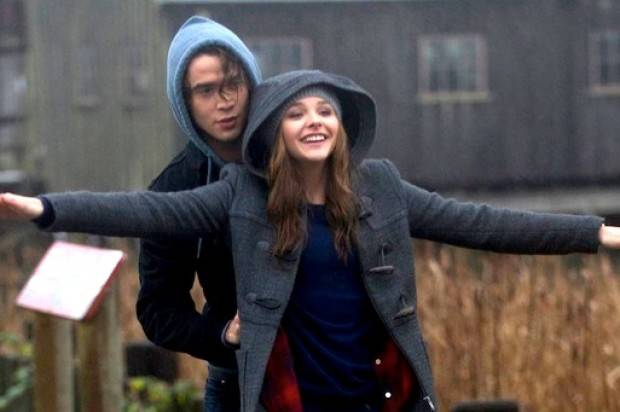 CINEMA RELEASE: IF I STAY

Much like the recently released, and similarly themed, ‘The Fault In Our Stars’, ‘If I Stay’ is a teenage-aimed drama (specifically skewered at the female market) where life, love and death are at its core; youths today seem awfully concerned with their own morality don’t they? And much like ‘Fault…’ the key to this film’s success lies with its lead duo, Chloe Grace Moretz and Jamie Blackley.

Detailing a far more conventional teen romance, Moretz plays cello enthusiast Mia Hall who finds herself in limbo between life and death following a horrific car accident. As she views herself in a comatose state, struggling to survive, and dealing with the possibility that her family – mother Kat (Mireille Enos), dad Denny (Joshua Leonard) and younger brother Teddy (Jakob Davies) – may not have survived at all, she reflects on her life, specifically her relationship with estranged indie rocker boyfriend Adam (Blackley).

Moretz is indeed one of the finer young actresses working today, and her performance is perfectly acceptable given the material, it’s just a shame that she hasn’t been giving anything solid to really sink her teeth into. That being said, her chemistry with Blackley is believable and as much as their “on-again/off-again” romance can start to tire, their relationship woes are probably more than suitable for the younger audiences being targeted. As much as ‘If I Stay’ is focused on Mia and Adam, the relationship that I personally found more investing was that of her parents, played wonderfully by Enos and Leonard. Former punk-rockers who have found that healthy balance of being both parental figures and friends to their children, the characters are almost stereotypically “cool” and “hip” but there’s an ease to the performances from Enos and Leonard that transcends any archetypical traits, and the fact that Mia may wake up to face life without them adds some real emotional weight.

Tugging at the heartstrings the strongest though is Stacy Keach as Mia’s grandfather, who shares some beautifully tender moments with her, especially a rather heartbreaking speech by her bedside as he admits his son was a better father than he ever was as well as giving her permission to “let go” should she not want to wake up to face reality. It’s moments like these where ‘If I Stay’ is genuinely moving; even if it’s all specifically detailed to rise emotion out of its viewers.

Another romance where I’m out of the demographic, ‘If I Stay’ is essentially another run-of-the-mill tween drama that’s best steered clear from cynics but admittedly is watchable and is perfectly catered for who it is intended for.