Film Review of ‘KILL THE MESSENGER ‘

Coarse Language Drug References KILL THE MESSENGER Mature Themes by Caroline Russo | on October 30, 2014 | 0 comments | in Film | Like it 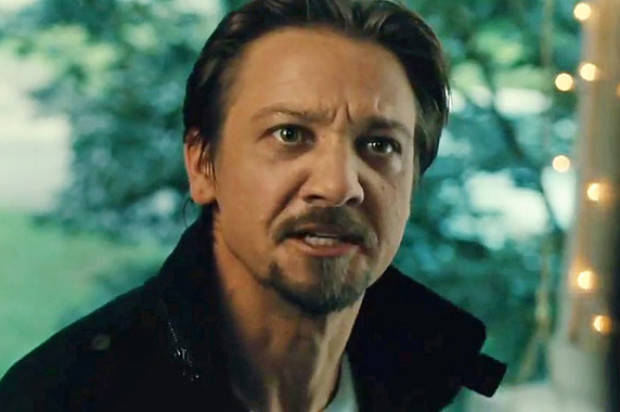 The true story of journalist Gary Webb and his investigations into the CIA’s complicity in the crack-cocaine epidemic of the 1980’s and 90’s is a fascinating tale without question, and though ‘Kill The Messenger’ does an acceptable job with the material, helped along by a compelling performance from Jeremy Renner, it doesn’t soar as strongly as it could.

A reporter for the San Jose Mercury News, Webb (Renner) was a small-time writer who had barely ruffled a feather before a tip from the wife of a drug dealer (Paz Vega) opened his eyes to the dealings of the CIA and their support in supplying contras in Nicaragua with weapons in their fight against the Sandinista government. The profits that would be seen from drug sales in the U.S. would assist in the contra’s mission, hence why the CIA would let the raging drug epidemic in their country slide in order to fight against communists elsewhere.

Visiting everyone from low-level dealers to incarcerated kingpins in Nicaragua (Andy Garcia), Webb tackles the story from every angle and is able to source all the information he needs for a story that would spark national outrage. Titled ‘Dark Alliance’, the story was picked up by every major news outlet, Webb became the most wanted man in journalism, and the citizens that saw their own communities deteriorate due to the crack epidemic were outraged at the fact their government could turn their eyes so blindly.

In the earlier stages of ‘Kill The Messenger’, the film holds a certain energy and glides along detailing the lengths a reporter will go to in order to sniff out a story. Though set in the mid-90’s, the character of Webb is almost archetypal of the 1970’s – he rides a motorcycle, he smokes and drinks, living an almost rock-star type existence amongst his home life; Rosemarie DeWitt stars as his wife who is eager to stand by him but the hauntings of an affair he carried out years prior stifles her from fully supporting him, something he desperately needs once the CIA set out to debunk his story.
Though the film always maintains interest, the latter section where it focuses on Webb’s fight against the system has a more familiar feel to it; the intrigue that captured the audience has slowly faded. That’s not to say that ‘Kill The Messenger’ is by any means a boring film, you just can’t help but want to know more about Webb’s writings. As for Webb, Renner is fantastic in the role, detailing the fall from a slightly cocky, mischievous muckraker to a broken man with an excelled ease that once again reminds us what a stellar actor he can be. There’s solid support all around too with nary one cast member stepping wrong with the likes of Michael Sheen, Ray Liotta, Mary Elizabeth Winstead and Oliver Platt all appearing throughout.
Whilst ‘Kill The Messenger’ is unlikely to hold a lasting effect, it’s a film that deserves to be seen as it highlights a fascinating story that has all but been forgotten; something the epilogue mentions as the scandalous Bill Clinton/Monica Lewinsky affair overshadowed the eventual follow-up on Webb’s work. In a time when legitimate journalism is becoming a dying art, it’s heartening to be reminded of a time when people’s work mattered – even if it wasn’t always appreciated.