Coarse Language and Nudity Mature Themes Sexual References by Caroline Russo | on November 26, 2014 | 0 comments | in Film | Like it 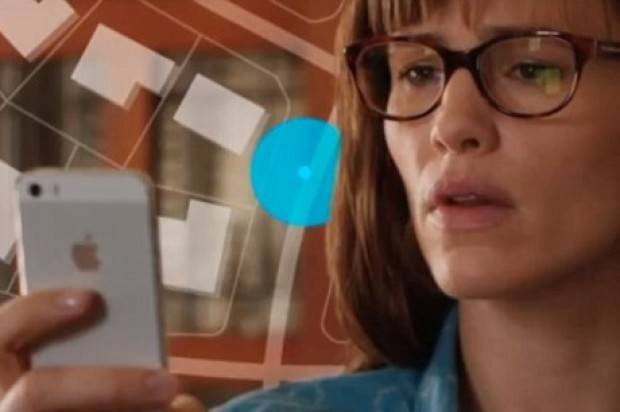 Likely to be one of the more polarizing films released this year, ‘Men, Women & Children’ is director Jason Reitman’s second foray into drama, following ‘Labor Day’ earlier this year, which can certainly attest itself to being a film for our time, even if doesn’t quite reach its potential. A multi-character study venture, in a similar vein to ‘Crash’, ‘Men, Women & Children’ focuses on the influence technology can have on an individual, specifically the sexual aspect of their life, as we witness a tight-knit suburban community come undone by their actions and their vices.

Don and Helen Truby (Adam Sandler and Rosemarie DeWitt) are a married couple stuck in a sexless rut which they seek to fix by chasing extra-marital affairs. Their son Chris (Travis Tope) is addicted to porn, and the severity of content available to him has tarnished his view of traditional sex to the point that he can’t be aroused without it inducing some kind of pain or humiliation. Hannah Clint (Olivia Crocicchia), a hopeful conquest for Chris, is a popular cheerleader and aspiring actress who, with her failed actress mother (Judy Greer), maintains a website full of provocative photos she hopes will assist her in her attempt to garner a career. Allison (Elena Kampouris), one of Hannah’s fellow cheerleaders, suffers from an eating disorder and trolls websites that glamourize anorexia. Her weight loss a direct result of shaming from a football player, Brandon (Will Petz), she is attracted to. Tim Mooney (Ansel Elgort), the former star of the football team, has quit the squad in the wake of his mother abandoning him and his father (Dean Norris), and has occupied himself by playing the online video-game ‘Guild Wars’, to which he grows an unhealthy obsession towards. Brandy Beltmeyer (Kaitlyn Dever), who is similarly outcast from school like Tim, lives under the tyrannical reign of her mother (Jennifer Garner), who monitors all of her online activity and tracks her movements with a GPS installed in her phone.

If you think it sounds complicated, or even long-winded, thankfully the film moves with a simple cohesion and the storylines, both on their own and intertwined, are easy to digest. The problem though is that the movie tends to dwell on the “star” parts rather than on the more intriguing ‘Children’ storylines, which unfortunately feel unresolved by the time the credits roll. If there’s anyone that’s been affected the most by the advances of technology, it’s today’s youth, and Reitman acknowledges this in an effective manner. Though DeWitt and Sandler receive prominent screentime (and to be fair to Sandler, it’s great to see him prove his worth as an actor again), it’s the storyline of their son that proves most interesting with the most hardcore of pornography being so easily available damaging his views on sex and intimacy. Similarly, Garner as an overly-protective mother appears a bit-too frequently, but thankfully her onscreen daughter’s plight gets a hefty focus allowing Dever and Elgort (continuing to impress following ‘The Fault In Our Stars’ earlier this year) a chance to shine in a storyline that will most likely strike a chord with a younger demographic.

After ‘Labor Day’ I was weary of Reitman continuing his move into dramatic territory, and though this feels a bit too forced in his attempt to be taken seriously as a filmmaker, and the ending is quite rife with melodrama, it’s still a moving experience. Like many films aimed at its audiences emotions, ‘Men, Women & Children’ is extremely emotionally manipulative but there’s an importance in the message Reitman wants to broadcast, and that in itself should be celebrated.