Film Review of ‘THE EQUALIZER’

action film Denzel Washington Strong Violence by Caroline Russo | on September 29, 2014 | 0 comments | in Film | Like it 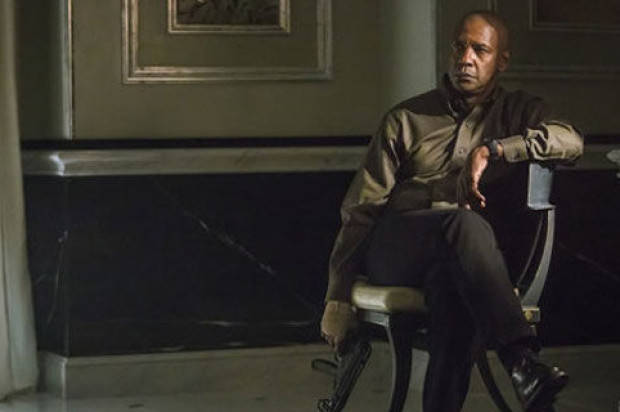 Unbeknown to me until recently, Denzel Washington’s latest action opus ‘The Equalizer’ is actually derived from a 1980’s TV series of the same name. Starring Edward Woodward (great name!) as a James Bond-style agent turned vigilante, for 4 seasons he specialized in helping the oppressed who found themselves against incredible odds. It sounds like perfect fodder for a film, and Washington certainly has the right aura of someone who could save you in any given situation, but seemingly synchronised matches don’t always result in a positive product.

The role of Robert McCall, our titular Equalizer, seems tailor-made for Washington, partly because his character here is quite similar to that of Creasey, who he played in ‘Man On Fire’. Though not as tortured as that character, McCall, despite his kind-hearted nature, is clearly someone with a disturbed past, something he likes to keep as shadowy as possible. On the surface he appears to be a regular man with his day job at a Bunnings type supply store keeping him busy, and his evening activities consisting of late-night diner visits to read novels on the “100 books you must read before you die” list – a tribute to his late wife who was making her way through the list before she passed away. Director Antoine Fuqua (‘Training Day’) and screenwriter Richard Wenk have done their best to humanise McCall and make him a sweetheart – there’s even a section of the film dedicated to McCall helping an overweight work colleague lose weight (how adorable!) – It ultimately doesn’t matter though when the film sets itself up for Washington to hone his specific skills.

‘The Equalizer’ certainly takes its time though in getting to the action as it hopes to establish the relationship between McCall and Teri (Chloe Grace Moretz), a young call-girl he converses with every night at the diner he frequents to read. She’s enslaved to a group of Russian pimps (of course) and when she is beaten for disrespecting a client, McCall makes it his mission to track them down and barter for her freedom. As long as it does take for the first action scene to take place, admittedly it is worth the wait as he single-handedly takes down a group of stereotypical pimps and gangsters with little more than a shot glass and a corkscrew. It’s an exhilarating scene to watch and the first of many where the film is unapologetic in its brutality. If there’s one aspect of ‘The Equalizer’ that’s noteworthy, it’s the violence which forgoes any CGI-enhanced effects and goes all out on graphic practicality.

McCall’s ability to dismember his opponents with alarming ease also proves one of the film’s biggest issues as it paints him in an almost superhuman light. Able to anticipate any attack before it happens, the film alludes to the fact that this ability is due to his past work but just what exactly his position was is never defined; Bill Pullman and Melissa Leo pop up about ¾’s of the way through as two high-level political/defence figures in a scene that is the closest we come to figuring out who McCall really worked for. Similarly, apart from Washington, the other actors are all working with the bare minimum, a real shame given some of the talent involved. Moretz makes for an endearing call girl, one who manages to evoke sympathy from the audience, but after appearing so prominently for the first section of the film, she’s discarded to the point that when she reappears closer to the end it serves as a reminder that she was indeed in the film. Marton Czokas makes for a suitably sadistic villain, one that you pray meets the grisliest end the more his goons drop off in elaborately violent ways, but as his character is more of a henchman he never comes off like an equal to McCall.

With the television series running for 4 years, ‘The Equalizer’ could clearly evolve to be a new action franchise of sorts, and I’m going to assume that’s Sony’s goal given a sequel has been announced as a planned possibility, and if Liam Neeson in ‘Taken’ is anything to go by, the genre is a steady place for older actors to thrive. Washington rarely disappoints, even if this type of film is beneath him, but I suggest easing up on the number of slow-motion action shots as the amount used here edged the film dangerously close to being a parody of the genre as opposed to a worthwhile entry.