FILM REVIEW RELEASE FAST AND FURIOUS 9 OVER THE TOP

Blockbusters Fast and furious 9 h Helon mirren In cinemas by Caroline Russo | on June 16, 2021 | 0 comments | in Film Release & Reviews | Like it 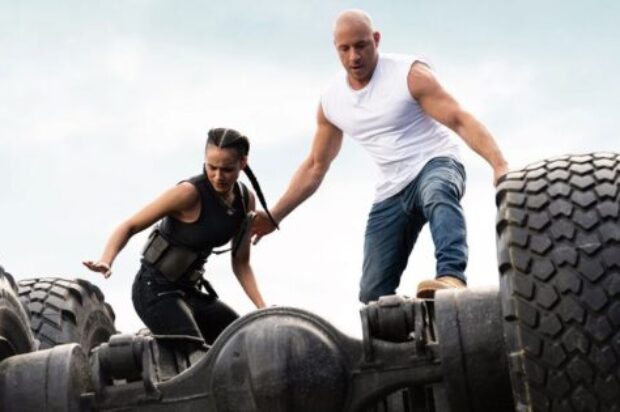 Fasten your seatbelts folks for another wild ride in the money-making franchise in Fast and Furious 9.

It is one that left me feeling exhausted and this was due to fact that the whole film was just more over the top crazy in the stunts, special effects with a script that must have had the writers snorting too much gas fumes as it was a trippy ride and you get it when you see it.

So as we begin with the plot of the film with Dom Toretto living the quiet life off the grid with Letty and his son, too nice and quiet, but they know that danger always lurks just over the peaceful horizon. This time, that threat forces Dom to confront the sins of his past to save those he loves most. His crew soon comes together to stop a world-shattering.

The story does take on flashback: to 1989, and a horrifying raceway crash is about to take the life of a stock car driver where two teenage sons watch from the pit. One will become Diesel’s growly Dominic Toretto. The other is younger brother, Jakob, that may have caused the accident. Enter the adult Jakob is played by John Cena who now turned villain. Not a bad job and he does keep up with the pace. 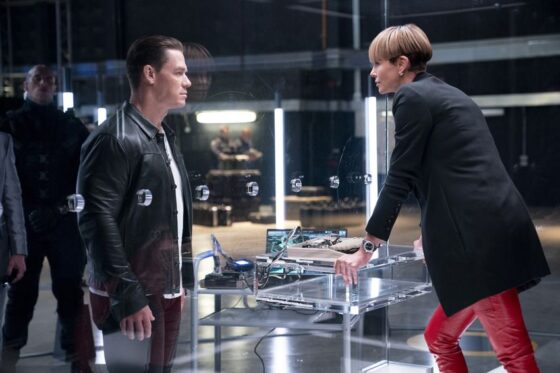 In the mix of casting we throw in Charlize Theron makes a return but is in a glass box and she adds more of being an evil mix to work in but feel she is a misfit in this more so. Then Helen Mirren, playing a jewel thief pops in for a cameo role and the next scene in a fast car chase with Dom and why not! Then we got cars in space, death-defying car chases that are truly most over the top and too much and too long for my liking. 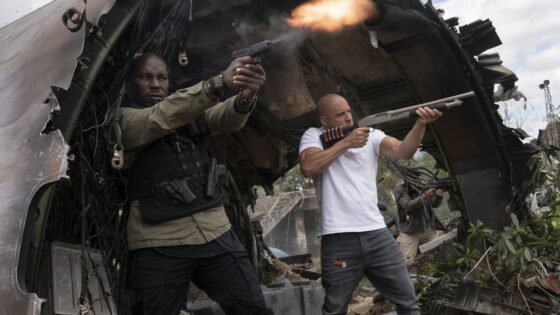 Director Justin Lin has gone all out on this FF9 and am sure for the fans will love it as it has all the thrills, Family drama and a few laughs. You get the escape that this film gives anyone that loves speeding cars and shootouts.

I do appreciate the fact that these films are unrealistic and fully over the top action-packed blockbuster that give great cinema appeal and with a production like this it has to be seen on a big screen.

Have fun if you do as it is what it is Fast and Furious.