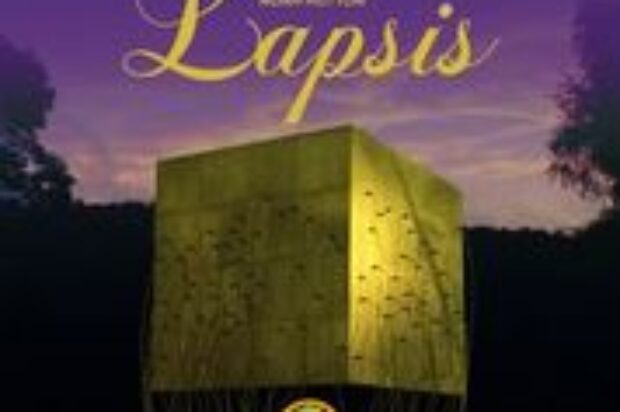 Set in an alternative New York, the quantum computing revolution has begun, and investors are lining their pockets. However, building the network requires miles of infrastructure to be laid between huge magnetic cubes by “cablers”, a group of unprotected gig workers who have to compete against robots to pull wires over rough terrain.
Delivery man Ray Tincelli is both sceptical and suspicious of this new technology. However, to support himself and his ailing younger brother, he scores a shady permit and starts cabling, hoping to finally change his fortunes. What he doesn’t expect is to be pulled into a conspiracy involving hostile fellow cablers, corporate greed and the mystery surrounding someone called Lapsis Beeftech, who may have previously owned his permit.

LAPSIS is a blue collar sci-fi story that comes from two places. Years ago, the director had read an essay by the philosopher Patricia Reed which would inspire the concept for the film, but it would take actual life lived with my brother as he dealt with a debilitating disease to cook those ideas in the heat of the real world.
Reed called for a new type of fiction that could deal with the financialisation of the world as we find it today, the way in which the wild abstractions of global markets have come to rule our existence as if written in stone. Reed wrote, “While we seem quite adept in the proliferation of dystopic fictions (a symptom of nihilism), we already inhabit a highly fictionalised world predicated on ‘the economy’, even before credit swaps and options; the sublimation of everyday objects into a commodity form is wholly dependent on a sublime fiction.

As the supreme energy is driven by capital- fictions steer reality towards pyramidal inequality (with a steeple) and socio-climactic devastation, it seems urgent to seize upon the recursive power of fictions to repurpose their plastic force with an ethos of jujitsu-like acceleration.” I read those words as a call-to-arms, but it was just a series of ideas until real life happened, and the characters in LAPSIS draw from my experiences as a brother and a worker. This film is a piece of imagined fiction, but at its core, it has messages and meanings – none that are required or expected – but they come from a place of imagination and criticality, and from a whole chorus of creative voices that helped bring this story to life.

Lapsis does give you much to explore in this somewhat story and it is an insightful film that Hunter has done good work on.