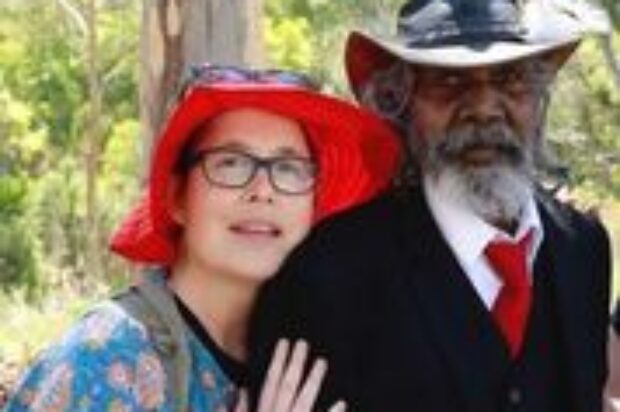 “I’m an actor, I’m a dancer,
I’m a singer and also,
a painter.
This film is about me. This
is my story of my story.”
David Gulpilil Ridjimiraril Dalaithngu

Gulpilil is an iconic figure of Australian cinema he is the only actor to appear in both of the two highest-grossing Australian films of all time, Crocodile Dundee (1986)
and Australia (2008), Gulpilil is known throughout the world for his unforgettable performances – from his breakthrough in Walkabout (1971) to films including Storm Boy (1976), Mad Dog Morgan (1976), The Last Wave (1977), The Tracker (2002), Rabbit Proof Fence (2002), The Proposition (2005) and his Cannes Best Actor award winning role in Charlie’s Country (2013).

Sadly in 2017, actor David Gulpilil was diagnosed with Stage 4 lung cancer, and given a prognosis of 6 months to live. But always one to defy the odds, four years later Gulpilil marked 50 years on cinema screens and walked the red carpet at the world premiere of My Name is Gulpilil.

This is without a doubt one film not to miss as it pulls the strings of Gulpilil heart here and to his story that is beautiful directed by Molly Reynolds and produced by Rolf de Heer, Peter Djigirr, David Gulpilil and Molly Reynolds.

Director Reynolds’ states that If I had to describe David’s life in a word, the word would be ‘surreal’. The nature of his experiences, his encounters and escapades, is surely surreal. David has dined with the Queen and been to prison, more than once. Having this sense of ‘surreal’ in mind, we were able to enter the realm of magic realism.

He is an actor, dancer, singer and painter who takes us boldly on the journey that is his most extraordinary, culture-clashing life.
His tapestry of life is rich and the beauty of this is he is still alive to watch his story being received and brought to screen, and it is being applauded by many of his admirers of some of the greatest influencers and his people. His carer Linda is someone that is very special and has some sincere moments here of them.