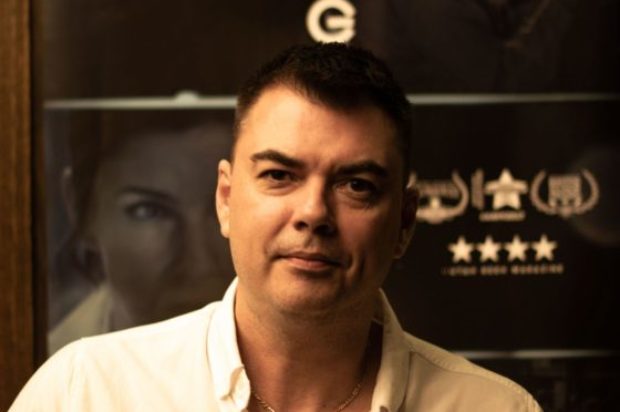 Have you ever wondered if there was another version of yourself in a parallel universe?
Of course you have; everyone has had a moment where they’ve considered the impossible.
Aussie director, John V Soto has brought this theory to life in his latest work, The Gateway.

The Gateway is a Sci-fi feature film starring Jacqueline McKenzie and Myles Pollard that explores themes of death, mourning and interworld teleportation.

Written, directed and produced by John V Soto, it follows the story of a particle physicist who loses her husband in a tragic accident. She’ll do anything to get him back; even replace him with an alternate version of himself from a parallel universe.

My appreciation of the film lies within the story. Being a 2-year script-in-the-making with 8 drafts completed, the twists and turns were extremely well thought out. We were even tipped off by the director that the ambiguous ending is explained through Easter eggs plotted throughout the film. The dialogue was humorous, casual and most importantly; Australian. A common mistake made when developing dialogue is that writers get so caught up with direct plot delivery that they forget to add in the nonsense humour that really builds the character.

I’m happy to report that the conversations in The Gateway were wildly entertaining with great levels of both information and personality. During the Q&A Soto shared with us the two underlying messages portrayed in the film that acted as inspiration for the narrative. One of these was the danger of science and where it could lead. The other was domestic violence.

Unfortunately sound was a recurring issue throughout the film. Most dialogue scenes didn’t appear to have background atmosphere which made the dialogue jarring to listen to, distracting you from the story. I even caught the lip sync not matching up from time to time. Sound design felt a bit overdone, with suspenseful music that dominated the visuals and really strong-armed you into feeling a certain way.

The Gateway strayed from conventional Sci-fi storylines; where others revolve more so around the science, The Gateway centers more on the relationships and growth of the characters. Soto explained that when he set out to make this film, one of his priorities was to have a balance between the two. In my opinion he achieved his goal. The story was character-driven and emotional and re-framed from bombarding you with an overload of scientific jargon. It can be easily labeled as a humanist drama, on top of being a Sci-fi film, which is a welcome and refreshing change.

I recommend this film to Sci-fi enthusiasts and aspiring scriptwriters as I think they would get the most out of watching The Gateway. Its alternative approach to the Sci-fi genre was inspiring and intriguing.