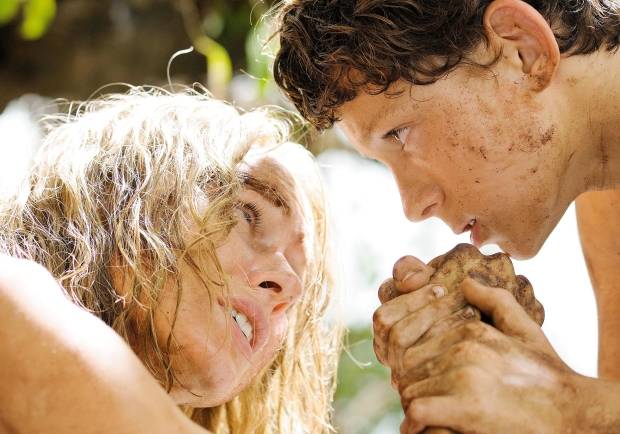 It’d be safe to say that the 2004 Indian Ocean tsunami is one event still quite fresh in people’s minds, and one you can consider to be still quite raw. To make a film from such a tragedy requires skill and, more importantly, compassion as to not glorify the disaster for the sake of filmmaking. Thankfully director J.A. Bayona has succeeded in his quest to bring that one heartbreaking day in December to life with taste and refinement whilst keeping the realities harsh and sobering. With this particular tsunami being one of the deadliest natural disasters on record there were no doubt a lot of challenges for director Bayona and screenwriter Sergio G. Sanchez to overcome; how does one tell such a story that respects both the survivors and victims? With so many stories to choose from, how do you decide where your focus should lay? How do you frame such a catastrophic event and keep the human element as your sole emphasis? Their solution was to focus on a British family holidaying in Thailand for the Christmas season. We are reminded during the opening of the film that this is based on true events, and though there is true-to-life details peppered throughout the film, the decision to concentrate on a white, upper-middle class family is indeed one of the more conventional adoptions the filmmakers chose. Ewan McGregor and Naomi Watts star as Henry and Maria who are travelling with their trio of sons to Thailand from Japan where we understand the family has been relocated to due to Henry’s job. Maria, a doctor who has temporarily given up her profession, seems to pine for a return to the UK and in the early stages of the film its evident this is the one subject currently sore in their marriage. As there is little time wasted on the tsunami actually taking place, I would say no less than 10 minutes into the film, we are only offered fragments of who this family is but it’s enough to get a sense of their individual traits. The first half of the film focuses on Maria and her eldest son Lucas (Tom Holland) as they seek out help and try to find safety, though Maria’s horrific wounds result in her being the one needing saving. The latter portion of the film shifts its focus on Henry as he desperately searches for Maria and Lucas having managed to save his youngest sons. Though the tidal wave is seen as the films centre Bayona has wisely chosen to focus on the act of survival, having said that the imagery of the wave striking is horrific and there’s a real sense of terror and disorientation felt as we watch. As we know Watts has been rewarded with an Oscar nomination for her portrayal and though initially I wasn’t convinced (the opening scene of her conversing with McGregor on an airplane seems oddly stilted), there’s no denying the power and sheer emotion she exudes once the tsunami hits. Her character is put through the absolute ringer and watching her physical decline is heartbreaking; and though this is rated a mere M15+ classification, the deterioration of her character in addition to her grisly wounds isn’t for the squeamish. McGregor, though not as bodily incapacitated as Watts’ Maria, is equally as affective as a husband and father so desperate to get his family back; I’m not afraid to admit his scene where he breaks down over the phone as he describes the situation to his father-in-law brought me to tears. It’s young Tom Holland though who emerges the true standout of the cast, demonstrating an astonishing maturity and conveying a superbly measured performance that truly carries the film overall. The film does take a few notes out of the Hollywood feel-good book towards the climax of the proceedings, and a musical cue used against a slow-motion shot of Watts as she emerges from the violent waters is perhaps one of the more ill-advised suggestions put to film this year, but it doesn’t take away from the overall effect ‘The Impossible’ set out to achieve. No one story will ever do justice to the events from that day, and thankfully Bayona didn’t try. His focus on a few at least allows us as an audience to achieve a better understanding, and to hopefully inspire us to appreciate the life and surroundings we have.

My rating 3.5/5 (Brutal but ultimately beautiful)