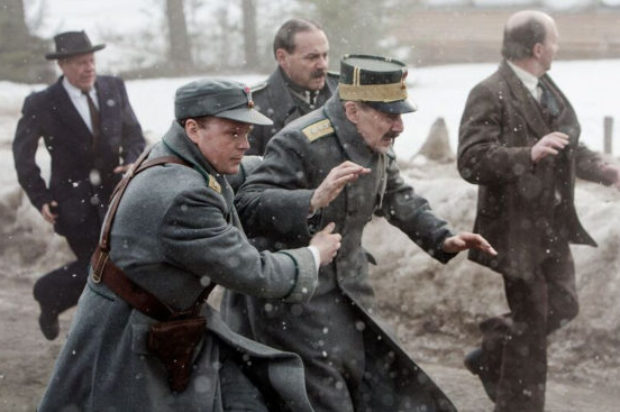 “Strength lies not in defence, but in attack” – Adolf Hitler.

1940. Germany versus Norway. King Haakon is faced with a terrible ultimatum of whether to prevent bloodshed by giving away Norwegian sovereignty into Hitler’s hands, or to resist German forces with a gruesome battle, knowing full well that loss of life is imminent. Could Haakon yield to Hitler’s barbarianism and elect Quisling as Prime Minister?

Shortlisted for the ‘2017 Best Foreign Language Academy Award’, “The King’s Choice” is an extraordinary re-enactment of Norway’s national defiance against invading German forces during World War Two. Director, Erik Poppe, has created an original masterpiece that has viewers gripping the edge of their seats each time German aggressors close in on the royal family escaping in exile. Hitler’s main goal in capturing Norway was to claim the strategic coastline to have an upper hand with the war, as well as trying to access Sweden’s iron ore supply. If Norway gave in to these demands, it is truly frightening to know the war may have resulted very differently than what our history books state.

Jesper Christensen plays the pivoting role of King Haakon, an elderly man with a thick moustache and deep aging lines across his face from carrying the weight of Norway on his shoulders. His personality as a family man is highlighted throughout the film with his affection shown to his grandchildren. Even with German war planes bombing through the woods and Norwegian people running for their lives, Haakon notices a young boy curled around a tree. He stops running and protects the young boy by lying over him. With such a small but powerful image, Haakon is portrayed as a character worthy of making the right decisions for Norway – a leader of the people, for the people and by the people.

Norway during 1940 was not a country prepared for war, and this is demonstrated with the introduction of a teenage Norwegian soldier who appears on several occasions as scared but determined to protect his country. Along with the excellent cinematography, Erik Poppe made the smart decision to use handheld cameras and was able transport audiences to the position as an onlooker.

As to be expected with any dramatic war film, many scenes became a little bland with prominent characters involved in long talks to reach neutral decisions about Norway’s future. However, as the film is only 133 minutes, it is deemed understandable to provide as much information in these short episodes, which is then followed next with action-packed bloodbath battles between Norwegian and German forces.

Despite exploring all character perspectives and instead focusing more on peace talks and epic fights against the Germans, “The King’s Choice” remains an important historic lesson that deserves to be remembered. After watching this patriotic-infused film, I can see why this had become a commercial success in Norway.