Film Review “The Seen and Unseen”.

"The Seen and Unseen". “Sekala ACTORS AND DIRECTORS Balinese culture Niskala by Caroline Russo | on October 15, 2018 | 0 comments | in Film Festival | Like it 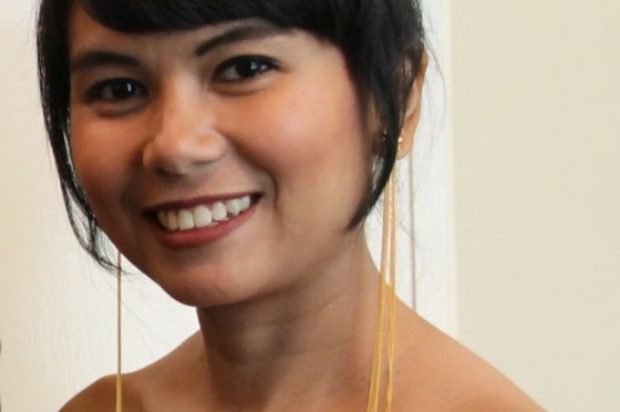 The Javanese film maker, Kamila Andini comes from a mainly Muslim culture in Java, however she has been raised by a father who is also a film director, and one who appreciates and makes films about all of the varied ethnic groups on the many islands of this archipelago that the Dutch called ‘the emerald necklace’, when they were the colonial power there.

So Kamila has a rich inner life and wide understanding of her country. She has now won two major awards at the Asia Pacific Screen Awards, in Brisbane, Queensland, Australia, the first Indonesian to do so. In 2012, her film about the Bajo people, or “Sea Gypsies” of the Wakatobi region of South Suluwesi won the Best Youth Feature Film Award. Now she has done it again, by winning the same award category, with her film about Balinese twins, entitled “Sekala, Niskala”. “The Seen and Unseen”, is the best English translation. For the Balinese, the Unseen is just as real and relevant as is the material world. (For those who would like to know more about it, refer to the book “Bali – Sekala and Niskala” by Fred B. Eiseman, Jr which was first published in 1990, by Periplus.)

At Tokyo Filmex, two days after the APSA Award was announced, (23 Nov 2017) the Jury couldn’t choose between Kamila’s film and the film of Mouly Sourya, ( also from Indonesia), entitled “Marlina the Murder, in Four Acts”, so they awarded both films the Jury Grand Prize.
Rare films from Indonesia showing the richness of the ethnic cultures, the variations from island to island, are often new to the eyes of Westerners. Mysticism and spiritual power that runs strong beneath the visible world of Bali. It comes from a mixture of Hindu/Buddhism and Mysticism. Seen through the eyes of the young, still pure and undamaged by the tourism aspect of life in Bali and the realities of adulthood, that world is revealed to us in Kamila’s film.

We meet village-dwelling twins, a boy, Putra and a girl, Putri, aged about 10. The names are the male and female version of the same name. Their village is in close proximity to the holy mountain, Gunung Agung, which is thought of as “the navel of the world”. They run freely in the rice paddies, and play imaginative games, and can read each other’s heart and soul.
But, catastrophe strikes. The boy becomes ill with a brain tumor and must go to hospital.

His sister is quite terrified at this turn of events, and is afraid to even enter the strange white and sterile room, where he has been settled on a high bed and attached to a drip.
Putri finds a way of coping by removing herself into the world of Niskala, where she puts on self-made costumes and dances with him, she plays games with him and is often accompanied on her night time walks by the ghost-children. Her dreams of happier times together when he was well, wake her. The ghost children are also waiting for Putra in this between-worlds place, the hospital. He is in the slow process of leaving the real world, he is not yet in the Unseen world.

The passing of the months is communicated to us via the phases of the moon in the night sky.
There is very little dialogue between them. It’s not needed. Putri does everything she can to hold her twin to her, as he is her other half. She tells him, after one of their duo dances, in wonderful bird costumes that she has created from grass and paint, that she would trade places with him, if she could. She collapses to the floor, and he collapses to the bed – their bird dance has been his final effort in this life. He soon descends into a coma.
Balinese spiritual life is linked to the Saka Luna calendar that came from Java, with the migration to the island of Hindu people from Java’s Majapahit culture, in the fourteenth century. The calendar is organized around the moon’s cycles.
Duality (represented by the male and female twins) is potent in Balinese culture. Balinese religious activities, offerings, ceremonies are directed at attempting to keep the balance of good and evil. Their traditional black and white checked “poleng” cloth represents the two opposites.

The symbol of eggs, that appear several times, during the film, tell us that these two are really ‘one’– an egg that divided in the womb.
A lot of “Sekala, Niskala” is filmed at night by Anggi Frisca, who captures the shadows against a sky often lit up by a full moon, and the silhouettes of mysterious ghost children in the long grass. The sounds of nature are also evocative in experiencing this unique film. The scene of Putri dancing for the moon silhouetted against the night sky, is particularly beautiful.

Kamila Andini’s primary achievement is in the concept, and her realization that this tale can be told visually. Only the scenes with the adults have dialogue… Putri’s mother talks to her a reassuringly, and she witnesses one scene where the village men discuss the crucial to life matters of planting the rice paddies, and sharing the water. We see Putri making an offering to Dewi Sri, on whom all of Balinese life depends – Rice and Water. In a film about death, these scenes about life show duality and balance, so important to the Balinese life.
Kamila does everything to keep the subtlety, and sweetness. There is no plot, except that a fateful time is passing in the timeless pace of Balinese life, so closely linked to the sacred world and to nature. We are privileged to be watching through the eyes of the brave little Putri.

Kamila has the ability to express the innocence and beauty of childhood, in both of her APSA Award winning films.