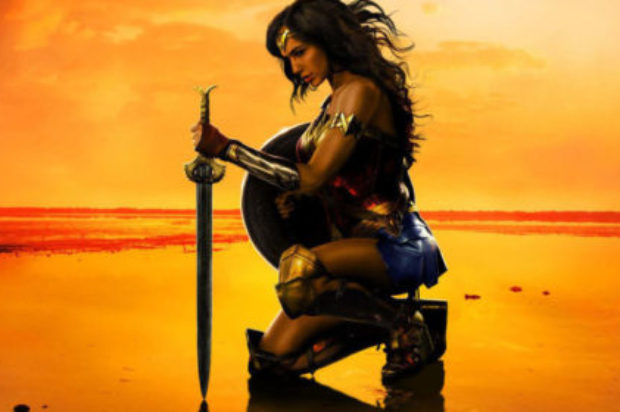 Not only allowing Gal Gadot the chance to truly shine, but providing fans with a fresh vision of the fantastical heroine that is Wonder Woman, Patty Jenkins’ bold and thrilling origin adventure proves well worth the wait. Handling both the action sequences and the quieter, more human moments with aplomb, ‘Wonder Woman’ is near-sublime, and stands firm as not just the strongest offering on the current DC roster but amongst the best within the superhero film genre itself.

Wanting to fight alongside her fellow Amazonians since she was a little girl, Diana (played as an adult by Gadot) defied the wishes of her mother, Queen Hippolyta (Connie Nielsen), and trained under the fierce rulership of General Antiope (Robin Wright), ultimately becoming the strongest warrior in her village. Though unaware of just how much power she possesses, her skills honed under Antiope prove a valuable asset when she crosses paths with Steve Trevor (Chris Pine), a mysterious pilot whose plane crashes in the crisp waters of the hidden paradise Diana calls home. Unfortunately, his arrival isn’t without its negatives as a fleet of German soldiers who were tailing him bring their war-like mentality to the Amazon beach, shockingly halting some of the warriors dead in their tracks.

Learning of the war that is raging on Earth – the film is primarily against the backdrop of World War I – Diana agrees to fight alongside Steve, believing that the mythological Ares, the God of War, is responsible for all the current bloodshed going on in the world, and destroying him will bring an end to global destruction; as ridiculous as that motivation reads, the combined script work of Allan Heinberg (who has penned episodes of such series’ as ‘Scandal’, ‘Grey’s Anatomy’ and ‘Sex and the City’) and Gadot’s utterly revelatory performance make it work. On the subject of Gadot, she really proves herself the perfect embodiment of the character, and if there were any doubts left after ‘Batman Vs Superman’ (and there shouldn’t of been given how much she did with so little there) they are completely wiped clean here. At once innocent, indestructible, vulnerable and fearless, Gadot infuses the character with humour and heart, and never does the film feel like it will topple off of her considerably strong shoulders.

Just as strong an asset as Gadot is, director Patty Jenkins assuredly handles each frame too, whether it be the gorgeously stylised introduction sequences on Diana’s island or the immensely exciting action set-pieces; an extended moment where Diana marches into battle, a barrage of bullets ricocheting off her, is truly jaw-dropping and, I dare say, is likely to remain one of the most memorable sequences put to screen this year. Even potentially laughable trademarks of the character like her armoured bracelets or the golden lasso of truth are handled with a sense of gravity that, for the most part, keep the film relatively grounded. It isn’t until the film’s final moments that it starts to slightly lose its way and veer into predictable overblown territory, finding itself another superhero project that succumbs to the “underwhelming villain syndrome” that most features of this ilk suffer from.

Even with an ending that fails to match the quality that preceded it, ‘Wonder Woman’ is an undeniably strong body of work, one that is surely to be embraced wholly by young girls and women but proves equally as accepted on a universal scale. With a chill-inducing (in the best way possible) score from Rupert Gregson-Williams (‘Hacksaw Ridge’), scene-stealing support from Lucy Davis as Steve’s bubbly secretary, and a beautifully old-fashioned (read: genuine and not-forced) romance between Diana and Steve that is so charmingly brought to fruition by Gadot and Pine, Jenkins’ inspiring tale gives the comic-book blockbuster a fresh, powerful voice – a sound long overdue.