FILM SERIES …WOMEN WHO SHAPE THE FUTURE AND INSPIRE 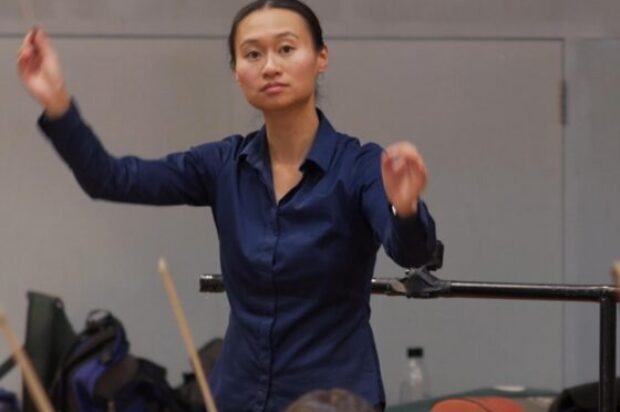 Antonín Dvořák Symphony 9 “From The New World” is a composition known worldwide. For Tianyi Lu it holds a special place in her heart, as it became the pivotal piece in her career. Born in Shanghai, China, Tianyi Lu’s family moved to New Zealand at a time when China was going through an economic slump. The move would cause Tianyi to struggle with her identity as a Chinese immigrant and force her to find an identity in both a male dominated profession and in the global environment in which she lives.

In “A Woman’s New World” we get an intimate look at the work and life of this incredible, fascinating, and determined young woman who became an orchestra conductor and has made her mark in a male dominated field. Under immense pressure, we see the hours of work put into her performance with the Melbourne Symphony Orchestra in Australia. Furthermore, we travel with her to Turku, Finland where she performed Dvořák’s Symphony 9 and where we learn how she comes to terms with her global identity that led to Tianyi finding her place in this new world.

Feelings of identity, fear, and strength are explored in this episode. This travelling conductor has had to overcome her own struggles and hardships to find her inner balance and yet, Tianyi, who considers herself a guardian of these famous orchestral music pieces, is just at the beginning of making her mark in the 21st century.

Tianyi expression of her journey is one of inspiration and strength. It gives you an appreciation as she touches you with her truth and to where she is now! This combined with watching her compose is beautiful to watch and listen. WONDER WOMEN series is about young women making a major impact serving in leadership
positions in underrepresented industries. We are defining underrepresented where 15% or less of a given profession has women in key positions. It features a fisherwoman out of Alaska (Marie Rose), an Astronaut trainee from Germany (Suzanna Randall), a race car driver from Hungary (Vivien Keszthelyi), a Puerto Rican Baseball player (Diamilette Quiles Alicea), a musical conductor from China/New Zealand (Tianyi Lu) and a Boing 777 pilot from India (Anny Divya).
Each episode focuses on one of the women — their journey, their hardships, their impact and what they hope to achieve for future generations.