FILM WRAP IN COVID19 ANNOUNCED FOR CHILDREN OF THE CORN

The filmmaking team behind writer/director Kurt Wimmer’s yet-to-be-titled reimagining of Stephen King’s 1977 short story, Children of the Corn, announced that principal photography has successfully wrapped. The film made history as the first feature film in the world to safely shoot during the Covid-19 pandemic by implementing stringent health and safety protocols.

Additionally, the team are pleased to announce Elena Kampouris (Sacred Lies, Before I Fall) and Kate Moyer (When Hope Calls, The Handmaid’s Tale) in lead roles in the feature film, alongside Australian talent Callan Mulvey (Batman v Superman: Dawn of Justice, Avengers: Endgame) and AFI Award winner Bruce Spence (Mad Max 2: The Road Warrior, The Lord of the Kings: Return of the King).

The feature film went forward with principal photography in New South Wales beginning in March, when the COVID-19 outbreak forced the majority of productions around the world to shut down. After careful consultation with Screen NSW and Safe Work NSW, Foster, Bonzon, and Harner, in collaboration with film safety expert Jon Heaney were able to reconfigure the shooting methodology and schedule, and implement a host of innovative health and safety measures including isolating the entire cast and crew together in Richmond, NSW, to ensure compliance with workplace regulations surrounding COVID-19.

Lucas Fostern producer was thrilled as to the completion of principal photography with Elena, Kate, Callan and Bruce who lead our cast on this reimagining of Stephen King’s timeless short story,” “We’d like to thank our cast and crew for their unrivalled professionalism, banding together to work to bring this movie to life Fostern says. It was incredibly important to us to us to keep our production alive and to keep people employed and productive for as long as we could do so safely, during this crisis. We accomplished that – no one got sick and we all figured out how to work together as a team to do our jobs while keeping our cast, crew and workplace, safe and secure.

“We’d also like to thank Screen NSW, Safe Work NSW and all those vendors and suppliers who worked with us as valuable partners during the shoot to ensure the health and safety of our cast and crew was protected.”

Grainne Brunsdon, Head of Screen NSW adds, “Congratulations to the cast and crew for their perseverance during these unparalleled times to safely bring this classic remake to life here in Richmond and regional NSW. It is an example of the screen industry thinking innovatively and collaboratively to ensure our creative sector continues to thrive.”

The film describes the events leading up to, and including, the infamous massacre of the adults of a small town in Nebraska by their children. Eden (Moyer), possessed by the spirit of the town’s dying cornfield — or, perhaps, simply hallucinating due to the mycotoxins released by its rotting leaves — decides to punish the town’s adults, who, with their irresponsible decision making, have destroyed the corn and the children’s future. Boleyn (Kampouris), our hero, upset at the adults’ destruction of the environment, nevertheless takes a stand against Eden’s radical plan to massacre every responsible adult in the town.

Kampouris stars opposite Josh Duhamel and Leslie Bibb in the upcoming Netflix series Jupiter’s Legacy, for executive producer Lorenzo di Bonaventura. She previously starred in the Facebook Watch series Sacred Lies, produced by Blumhouse TV. She was also recently seen in Joseph Cross’ Summer Night opposite Ellar Coltrane and Analeigh Tipton and will next be seen in Shoplifters of the World with Joe Manganiello.

Moyer is best known for her role as “Heather Hobbie” in Holly Hobbie for Hulu and her heart-wrenching performance in the season three finale of the award-winning The Handmaid’s Tale alongside Emmy Award winner Elisabeth Moss.

Mulvey is highly regarded for roles in Batman v Superman: Dawn of Justice, Outlaw King, 300: Rise of an Empire and Marvel tentpoles Captain America: The Winter Soldier and Avengers: End Game. He is also known for roles in television series Rush, Bikie Wars: Brothers in Arms and Underbelly. 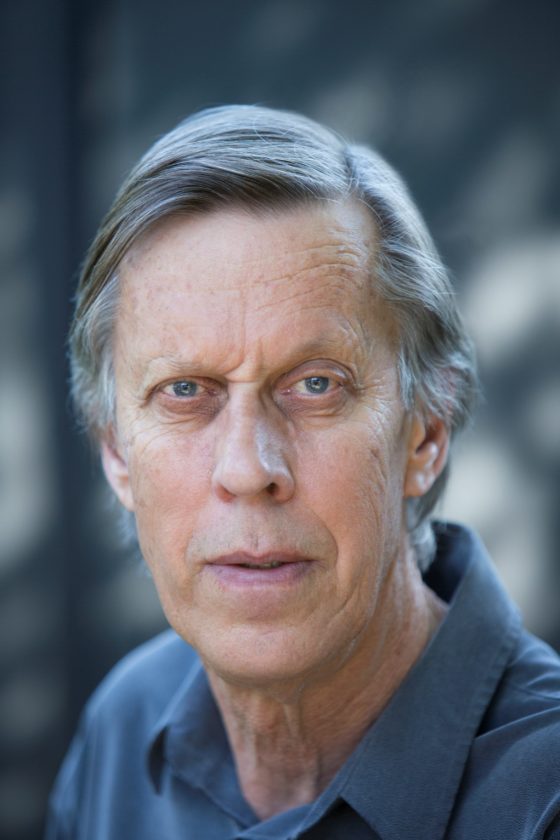 Spence won an AFI Award for his performance in Tim Burstall’s Stork and has amassed an impressive list of film credits including Mad Max 2: The Road Warrior, Mad Max Beyond Thunderdome and The Lord of the Rings: The Return of the King.

Cast and crew on set in Richmond, NSW. Photo by Mark Rogers.