FILMMAKERS COME TOGETHER ON PRODUCTION WITHOUT BORDERS IN LA 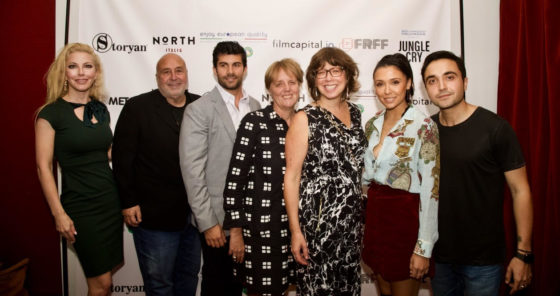 Debra Levine commented, “It was my honor to moderate the rich panel discussion and event. The panel provided a snapshot of how five Los Angeles based film industry talents perceive the state of global filmmaking. The panel comprised a major established producer, and burgeoning talent in the fields of acting, writing, finance, and women’s empowerment, so it was a full spectrum. A lively networking reception for the audience followed the panel.”

Additional sentiments from the day included:

Carmela Baranowska: “Loved the selection of the panel! I was also impressed by how different the audience members I spoke to were, after the event – from US to French, Swedish and Cypriot filmmakers and film companies. It was a real ‘Production without Borders!’ Everybody was receptive to how we should increase the participation of women directors to 50% plus, and I really look forward to continuing the conversation with those I met on the day.” Christopher Kühne: ‘Productions Without Borders’ dissipates the illusory separateness by opening our eyes, minds, and hearts to the joviality and jubilation of a global family that has always been present, which you don’t find by looking for it, but simply by being it. In the words of Schopenhauer, “The Universe is a dream dreamed by a single dreamer where all the dream characters dream too.”

Larry Namer on the issue of inequality in the film industry: While there certainly has been inequality, the time is right to fix things, but female directors have to realize that there aren’t enough ‘Marvel’ level movies to go around. There is a great opportunity brought on by new technologies and platforms to create showcase pieces for talent. Start with the smaller films and develop a portfolio. If someone aspired to be a great chef, one doesn’t start at a Michelin star restaurant. In today’s world, one can reach the pinnacle of success by starting with a food truck. Ali M. Aksu: ‘Production Without Borders’ mirrors a unique reflection of the future of film industry in the fastest era of globalization with the advent of exponential technologies. 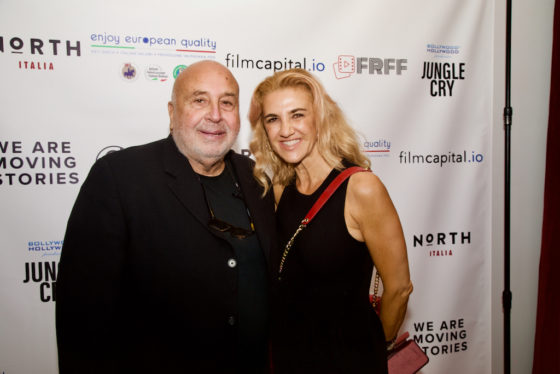 After the panel media and industry executives networked and mingled with the panelists at an exclusive VIP reception, presented by Enjoy European Quality, a project co-funded by the European Community designed to increase the awareness and recognition of European quality products in the food and wine sectors. Additional partners included Mascarpone Cheesecake by Chef Turok, North Italia Restaurant, Nutrivista Coconut Water, Sunder USA and BioFit 360 CBD.