music artist QLD MUSIC AWARDS by Caroline Russo | on February 8, 2019 | 0 comments | in Entertainment | Like it 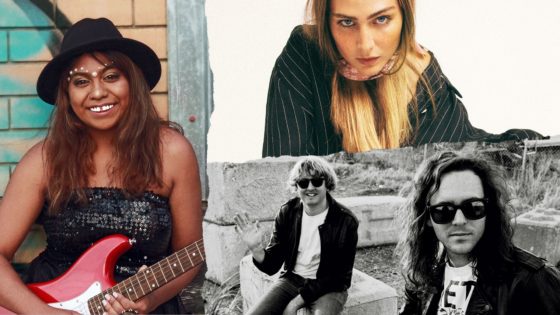 The 2019 Queensland Music Awards is shaping up to be one of the most memorable nights of the year, with QMusic today announcing a stellar list of finalists and live performances.

Over 70 judges from across the country have selected a diverse group of finalists featuring emerging and established songwriters from the sunshine state including Emily Wurramara, Tia Gostelow, Sahara Beck, Cub Sport, Holiday Party, The Jungle Giants, San Mei, Amy Shark and many more – full list below and www.queenslandmusicawards.com.au

Joining these artists are the nominees for the $10,000 Billy Thorpe Scholarship supported by the Queensland Government through Arts Queensland. The 2019 finalists are: Jaguar Jonze, Pool Shop, RIVAH and Sweater Curse.

Presented by Royal International Convention Centre, Brisbane Showgrounds, Hutchinson Builders, Mountain Goat Beer and Oztix, this year’s QMAs will be hosted by The Grates’ Patience Hodgson and comedian Mel Buttle who have honed a witty repartee, producing their popular podcast The Minutes.

Limited tickets for the 2019 Queensland Music Awards will go on sale 9:00am AEST February 13 via Oztix from $65 for members and $75 for non-members visit https://qldmusicawards.oztix.com.au

Listen to the QMA finalists and discover the best in Queensland music on the QMA website or via the QMA Spotify.

Presented by The Tshirt Mill

Presented by The Lanes

Presented by The Tivoli