STUDIOCANAL and Werner Film Productions release the first images and a behind-the-scenes video today for DANCE ACADEMY. The much-anticipated film is an adaptation of the incredibly successful two-time Emmy nominated Australian television series of the same name, DANCE ACADEMY.

Picking up eighteen months after the television series finale, the much-loved characters have moved on from the ups-and-downs of elite dance training at the National Academy of Dance and are living very different lives. Tara (Xenia Goodwin) was destined to become one of the top dancers of her generation but suffered a devastating injury that crippled her career. In her quest to defy the odds and make a comeback, Tara travels to New York to discover the true definition of a dream.

With all the familiar favourites from the original series and some new faces, including Nic Westaway and Miranda Otto as the Artistic Director of the National Ballet Company, DANCE ACADEMY is a heartwarming story of ordinary people fighting to achieve their extraordinary dreams.

With an enormous social media following of 2 million fans across channels for DANCE ACADEMY and its lead actors, anticipation for the new film is high. Giving hungry fans a taste of the story to come, the video gives a behind-the-scenes look at the filming of a beautiful dance routine while the three images show Abigail (Dena Kaplan), Ben (Thomas Lacey) and Ollie (Keiynan Lonsdale) together in studio; Tara and Abigail rehearsing in Sydney; and Tara exploring New York City.

Launching the careers of some of Australia’s most sought-after young talent, the television series spawned hundreds of fan sites and continues to gather momentum globally. The television series currently screens in 160 countries around the world, including ABC3 in Australia, NETFLIX in the US, Nickelodeon in the UK and ZDF in Germany.

STUDIOCANAL will release DANCE ACADEMY in cinemas across
Australia on April 6, 2017. 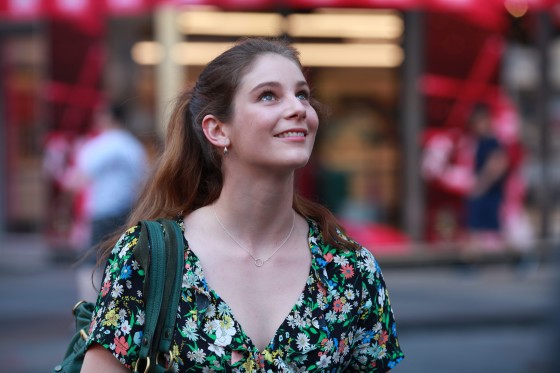