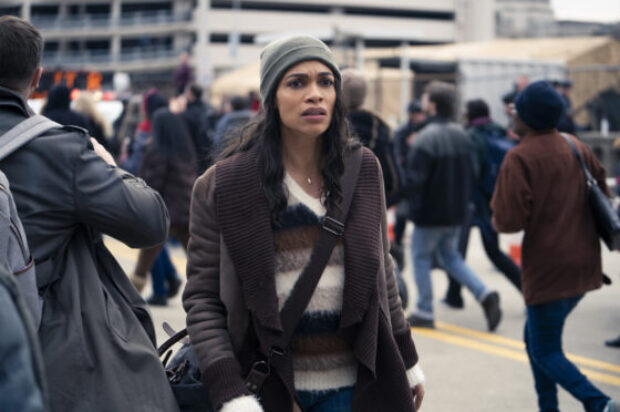 FROM ROBERTO PATINO AND AVA DUVERNAY
PREMIERES 17 MARCH ON BINGE

DMZ leaps off the pages of the DC acclaimed graphic novel into the visual landscape of a dangerous and distorted Manhattan as one woman navigates a demilitarized zone in a harrowing quest to find her lost son.

Roberto Patino, Ava DuVernay, and ARRAY Filmworks’ Paul Garnes are executive producers of DMZ, which was created for television by Roberto Patino, based on the comic book series published by DC written by Brian Wood and illustrated by Riccardo Burchielli. Patino serves as showrunner and wrote the first episode, which was directed by DuVernay. Acclaimed filmmaker Ernest Dickerson directs and executive produces three episodes. Emmy® winner Carly Wray is co-executive producer. DMZ is produced by DuVernay’s ARRAY Filmworks in association with Warner Bros. Television.