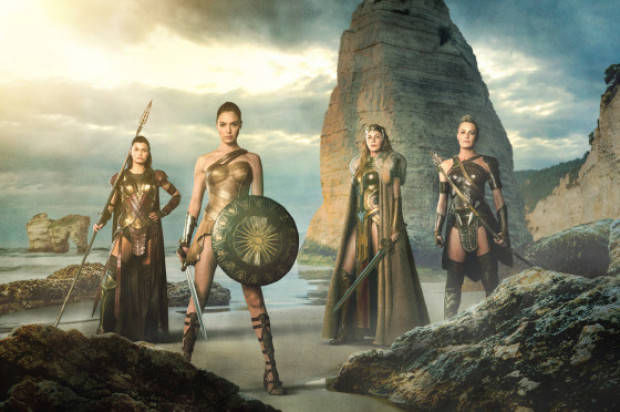 A first look image of the powerful women starring in the new WONDER WOMAN feature film. It film will work as to Amazon princess leaves her island home to explore the world, and becomes the greatest of its female heroes.

Gal Gadot as the titular character alongside the warrior women who trained her on the island of Themyscira – her mother, Queen Hippolyta (Connie Nielsen) and her two military aunts, General Antiope (Robin Wright) and Menalippe (Lisa Loven Kongsli).

WONDER WOMAN is directed by Patty Jenkins (Monster) and is in cinemas on June 29, 2017.