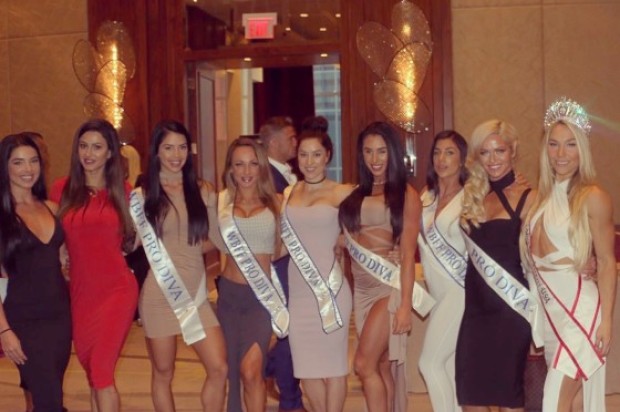 A fitness competition that reads more like a Miss Universe pageant than a bodybuilding contest has taken the world by storm and is set to hit the Gold Coast, attracting elite fitness models from across the country.

Described as “where fitness meets fashion” and likened to a Victoria’s Secret runway show, the World Beauty, Fitness and Fashion (WBFF) event sees health-conscious men and women ignite the stage in a dazzling display of beauty and athleticism in the most prestigious of fitness and body building federations.

Striking costumes, spectacular sets and stunning models will take over the Gold Coast on October 15th, for the WBFF Australian Championships, where elite fitness models from around Australia will competed to take out the coveted title of being the best of the best.

Breaking the mould of traditional fitness competitions, WBFF combines health and fitness with fashion and beauty as men and women battle it out to be named the best bikini, fitness, muscle, or figure model, and for a chance to reach the coveted ‘pro’ status.

2016 WBFF Promoter of the Year, Ari Hamalainen, has set the stage for yet another professionally produced, high energy show that encapsulates audiences with amazing physiques, glamour and an array of high end couture gowns and evening wear. “WBFF is not your average muscle competition with fluoro g-strings and orange tans. The women are adorned in bedazzled bikinis, elegant evening gowns and intricately decorated costumes while the men look suave in their stylish suits and tailored tuxes” Ari said.

As a WBFF Fitness Diva Pro, WBFF Ambassador and the Australian WBFF Team Captain, Alicia Gowans is one of the WBFF’s elite professional athletes and is heavily involved in the WBFF.

“The WBFF shows are like nothing else in the fitness industry. While WBFF is essentially a competition, these events are designed to make every contestant feel like a star” Alicia said.

Having recently just returned from the WBFF World Championships and preparing for her own comeback to stage having suffered in broken back late last year, Alicia says that Australia has some of the best fitness athletes in the world.

“Australia is renowned for producing incredible physiques. You only have to look at the current list of WBFF World Champions. All three female world championship titles currently belong to Australian athletes” Alicia said.

“If you want to watch the very best of the best compete, and see the most amazing male and female fitness models in the country, the WBFF is the place to be. You definitely don’t want to miss this show!” Alicia added.

The 2016 WBFF Australia show is on Saturday 15th October at the Jupiters Hotel & Casino on the Gold Coast, Queensland. To get your tickets got to Ticketek (http://premier.ticketek.com.au/shows/show.aspx?sh=WBFFAUST16)