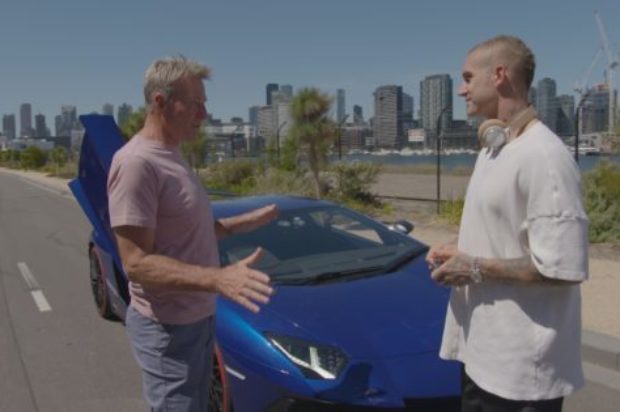 THE FOOTY SHOW
CONTINUES TO CRASH THE PARTY

The Footy Show celebrates its 25th birthday when it returns with the biggest stars and all the breaking news from the world of AFL at 8.30pm this Thursday on Nine. Eddie McGuire, Rebecca Maddern and Sam Newman are gearing up for another huge year, introducing new segments, debating the hottest topics on and off the field, and celebrating the game we all love.

New recruits – three of the AFL’s greatest champions, Brendan Fevola, Chris Judd and Dane Swan – are crashing the party, appearing live together. All three were audience favourites on The Footy Show in their playing days, when they were involved in some of the most memorable moments in the shows colourful history.

Fev and Juddy will revisit the fallout after that notorious night at the 2009 Brownlow Medal Awards where Fev’s behaviour while filming Street Talk got him traded away from his beloved Carlton to Brisbane.

This week there will also be a special appearance from Brownlow Medallist Dustin Martin as Sam chats to him from behind the wheel of his Lamborghini, stars of the AFLW are in the studio live on International Womens Day, and Bec spends the day with some big-name players and their newborn babies as she prepares for her own impending arrival.

Plus, Billy Brownless and Shane Crawford face off in a no-holds-barred battle testing their skills and street cred.

With a stellar lineup, hilarious gags and the biggest stories in football, you won’t want to miss out on the fun when The Footy Show returns: this Thursday, live at 8.30pm on Nine.