Announcing Governor O’Malley and Mr Fearnley’s attendance, Lord Mayor Adrian Schrinner said the pair’s involvement was a major coup for one of the world’s leading summits for civic leaders, providing delegates from Brisbane, Australia and abroad with a chance to hear from a globally-renowned thought leader and one Australia’s most inspirational athletes. 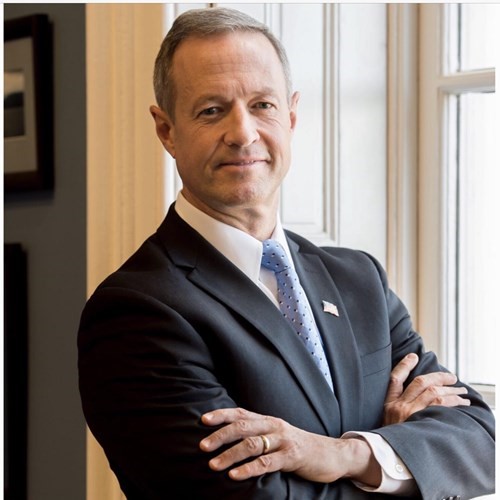 “While events around the world continue to be cancelled because of the COVID-19 pandemic, we’ve worked really hard to ensure this highly-regarded summit can go ahead,” Cr Schrinner said.

“For local companies and business leaders, this is a rare opportunity to connect with other major cities and hear first-hand from unique leaders like Governor O’Malley and Mr Fearnley.

Governor O’Malley is a former mayor of Baltimore, a 2016 US Democratic presidential candidate, the 61st Governor of Maryland and was named ‘one of America’s five best big-city mayors’ by TIME magazine.

“I can’t wait to hear from Kurt Fearnley also, he’s one of Australia’s most well-known and respected athletes and his feats, including 13 Paralympic medals spanning across five games, is an amazing achievement,” Cr Schrinner said.

“The knowledge to be gained from this event is invaluable and I urge anyone interested to get in quick and register to secure an opportunity to connect with local and international businesses as well as government leaders.”

The APCS Summit routinely draws representatives from cities throughout the world and is regularly held in other countries. This year’s theme is ‘Redefining Cities through Opportunities and Challenges.’

The APCS, founded in 1996, is the cities signature, biennial, international event for driving economic growth for Brisbane, South East Queensland, Australia and the wider Asia Pacific region. The Summit is an integral part of Council’s economic development agenda for the city to foster international networks and forge new business relations throughout the region.

The 2021APCS Special Edition will be held live online and in person at the Brisbane Convention and Exhibition Centre daily from 8-12 September.

For more information and to register, visit www.apcsummit.org or call Council on 3403 8888.